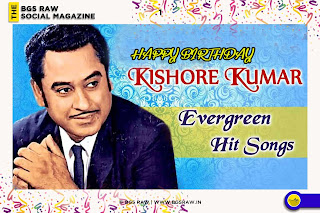 What was the real name of Kishore Kumar, the legendary singer of the century who used new songs in Bollywood songs, and what happened that he was in conflict with the then Prime Minister of the country Indira Gandhi

We all know Kishore Kumar was a singer, an actor and a multitalented artist. He was considered as a divine avatar for his songs in the past(which is now known to Golden Era). Do you know what was the real name of Kishore Kumar, the legendary singer of the century who used to create new songs in Bollywood and do you know what happened that he was in conflict with then Prime Minister Indira Gandhi?
Let's know some similar stories related to his life. 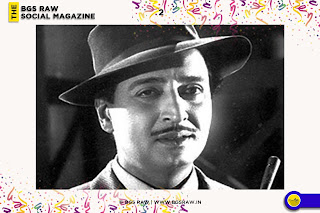 Kishore Kumar was born in Advocate KUnji Lal Ganguly's house in Khandwa, Madhya Pradesh on August 4, 1929. He was named Abhash Kumar Ganguly. And later this fame was known as the greatest Kishore Kumar in the Indian Cinema Industry. 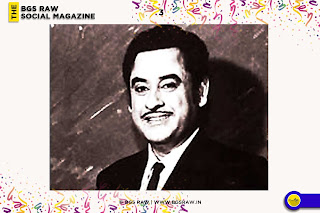 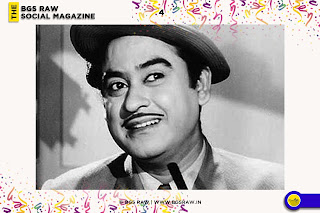 Indira Gandhi is upset:
It is said that Kishore Kumar got a call from Vidya Charan Shukla who handled Indira Gandhi's propaganda. The caller had offered Kishore to give his voice to a song composed for Indira Gandhi's 20-point Emergency program. Kishore asked why should he sing this song, so the caller said that this is the order of Information and Broadcasting Minister VC Shukla. Upon hearing the order, Kishore Kumar got scared and he dumped the caller and said - mad(pagal).

As in the year 1987, Kishore Kumar decided that after retiring from films, he will return to his village Khandwa. But the time was somewhat different. Suddenly he suffered a heart attack on 13 October 1987 and said goodbye to this world.

And now we're really missing this great legend in our industry. This was some unknown fact we collected on Kishore Kumar and all about him.

We hope you'll respond to our latest Top News In India in our comment section, and also follow us on Instagram | Facebook. If you want us to cover any coverage, you are well come to write to us about it.

We need your support to keep delivering quality journalism, to maintain our openness and to protect our precious independence. Every reader contribution, big or small, is so valuable. Support The Bgs Raw Social Magazine from as little as $1 – and it only takes a minute. Thank you.