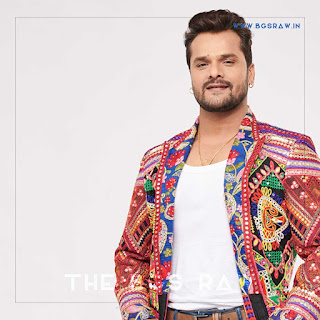 Bgs Raw News: Every year Salman Khan hosted reality show Bigg Boss has its own popularity and in this new season, so many twists have been seen. And in this show a new contestant was introduced in wild card entry, the name was Khesari Lal Yadav. Yes, the same superstar who is popular for his song called "Thik Hai'.

On Friday, Bigg Boss asked contestants to name one nominated housemate who doesn't deserve to be in the show. And for the same Khesari received the maximum votes, leading to his ousting. Apart from the actor, Arti Singh, Sidharth Shukla, Rashami Desai, and Devoleena Bhattacharjee were nominated this week.

Before entering the Bigg Boss, the superstar told indianexpress.com that this is a controversial reality show, and this can boost for his career. The popularity of the show that will help me to increase my national and international reach. He also told that the Bhojpuri industry is my motherland, and I would continue doing regional films. But I also want to reach out with more audience, he shared.