Bgs Raw News : Filmfare Award To Host at Guwahati in February 2020 - Assam Tourism Sign MoU with Times Group. Do you know when was filmfare introduced? When was the National Award announced? This report was written by Bikram Kr Singh 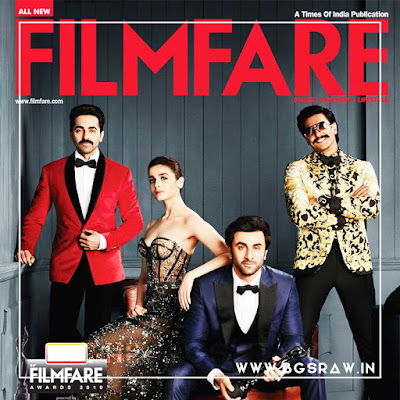 Bgs Raw News: Filmfare the glamorous cine award, which is going to be held in Guwahati in the month of Feb 2020.

A memorandum of understanding (MoU) in this regard was signed between the Assam Tourism Development Corporation (ATDC) and The Times Group, organizers of the event on November 25 in Guwahati.

This will the first time ever that this event will hold out of Mumbai city. Guwahati is hosting the award show as being part of the State Government's Initiative to promote Assam tourism at the national and international levels.

The event, worth of anything between Rs 20 and Rs 30 crore, is likely to be held on February 15, 2020, is likely to be held at the Rajiv Gandhi Indoor Stadium at Amingaon. Authorities from the Assam government on August 10 said that Rs. 300 Crore has been sanctioned to promote the state as a global tourist destination. And this event has more power to aware and promote the traditions and culture and the tourism of Assam.

The Filmfare Award was first to introduce in the year 1954 by The Times Group, and also to boost your knowledge I like to tell that the National Award was also announced in the same year.


Publisher: Hey this is Bikram Kr Singh, I'm Entrepreneur, Artist, Writer, Certified Digital Marketing by Google. To know more about me just follow me on my Instagram handle @bikramkrsingh1. Thanks for reading this article on  65th Filmfare award to be held in Guwahati.