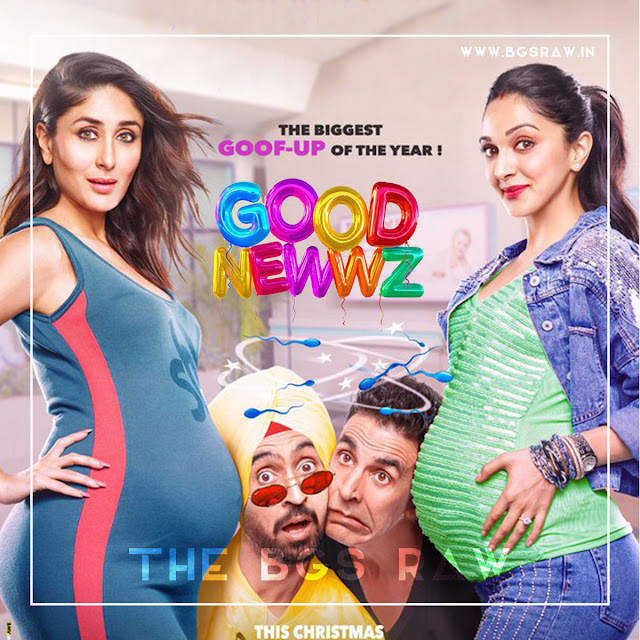 Bgs Raw News: After Akshay Kumar’s Housefull 4 conquered the box office, it is time for Akshay Kumar to move on to his next and last film of the year "Good Newwz". The film starring Kareena Kapoor, Diljit Dosanjh and Kiara Advani with the actor had its first posters come out yesterday on 14 November 2019.

In the poster, we can see that two women who are pregnant are Kareena Kapoor Khan and Kiara Advani while Diljeet and Akshay stuck between the two baby bumps. After the poster was out on social media, it was trending on twitter. Bollywood celebrities came forward to wish the Good Newwz team and the co-stars.

And in between comedian Kapil Sharma of "The Kapil Sharma Show", has also taken twitter to tweet his good news coming before them. As we like to tell that he and his wife Ginni Chatrath are expecting their first baby together in the month of December, and Akshya's Good Newwz is also releasing in the same month and therefore Kapil Sharma re-tweet the post and commenting 'Congratulations paji .. poster is looking very nice, but my good news is coming before ur good news hahaha, all the best team #Good Newwz.'