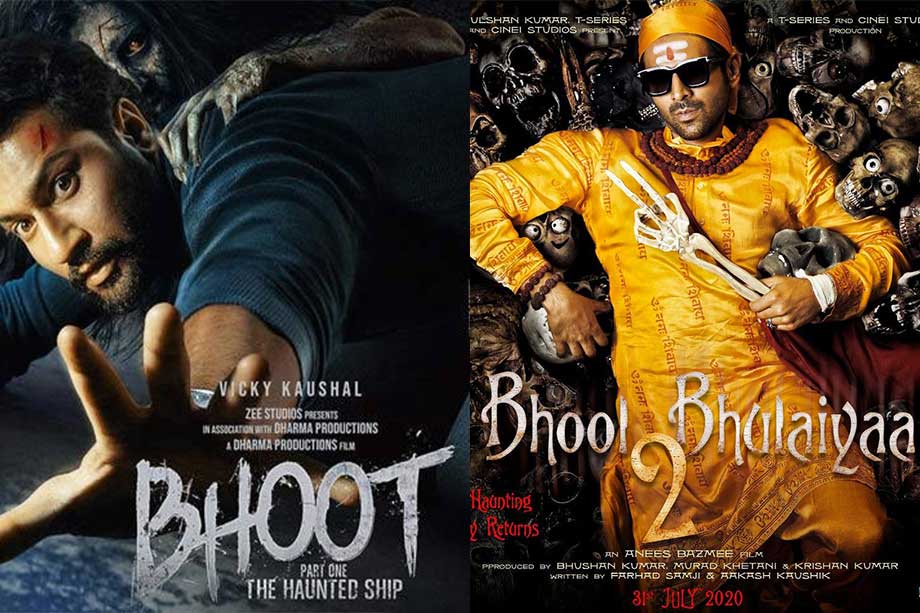 Horror movies are popular for their fear and excitement of climax. However these movies are definitely not everyone’s cup of tea, be it the viewers or the filmmakers, for that matter. We’re seeing Bollywood venturing into this genre in full swing to give the audience some desi flavor of fright. With the first month coming to an end, the rest of the year looks pretty interesting (and scary) and filled with many promising movies, especially in the spooky category. Luckily, we’re here to make your life easier with this list of horror movies coming out this year. Mark your calendars now!


Here are 10 horror movies coming out this year:

1. Bhoot: Part 1
Based on a true incident in Mumbai where a couple found themselves on an abandoned ship lying static on a beach, this thriller will give us a horror film debut from Vicky Kaushal starring alongside Bhumi Pednekar. And yes, the 'part one' does mean that this one's going to be a franchise. Check out the trailer
Release date: February 21, 2020

2. Roohi Afzana
This comedy-horror film that tells the story of a ghost who abducts brides on their honeymoons. It will be directed by Hardik Mehta, starring (one comedy-horror film old) Rajkummar Rao and Janhvi Kapoor.
Release date: April 17, 2020

3. Laxxmi Bomb
With a much-anticipated Eid release, Laxxmi Bomb shall be Raghava Lawrence's Bollywood directorial debut. Akshay Kumar and Kiara Advani will be starring in the film. Based on a Tamil comedy horror movie, this flick tells the story of ghosts looking for vengeance for their murders.
Release date: June 5, 2020

5. Stree 2
The second installment of the commercially and critically acclaimed blockbuster, Stree 2 will see a return of the lead actors Rajkummar Rao and Shraddha Kapoor as well as the writers and going by the first film, a return of your laughter, too.
Release date: 2020

7. Chehre
This mystery thriller, directed by Rumi Jaffrey, will feature the never-before-seen duo of Amitabh Bachchan and Emraan Hashmi in the lead roles of a lawyer and a business tycoon respectively.
Release date: April 24, 2020

9. Kaali Khuhi
This upcoming film tells the story of a 10-year-old girl who must save a Punjab village reeling from female infanticide.
Release date: 2020 (TBC)

Stay tuned for more such articles, latest news, interviews, Tik Tok virals, youtube trendings, etc. We regularly update this type of article on our webpage.  Also do not forget to follow us on Instagram & Facebook or get our newsletter directly to Telegram.