Know 10 facts about the holi festival. 1. Do know the orgin 2. Which colors were used 3. which country celebrate holi. holi in 2020 Read more
Holi is a unique and amazing festival of color unlike any other, it is also one of the most ancient festivals which is still celebrated in our society. It is instantly recognized by the way it is celebrated with colors, extreme enthusiasm, and great energy. Do you know the Holi festival is celebrated in a different way in different states, so let us know how your's state celebrates it? Tell in a comment below. It is impossible to not notice people celebrating Holi if you are anywhere near. There are some amazing facts about Holi that everyone should know about. 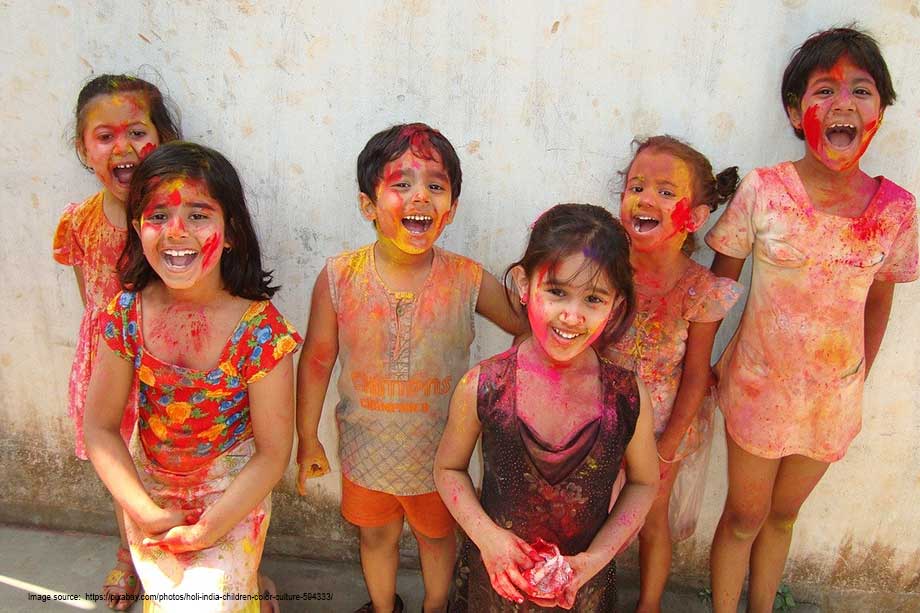 1. The Origin of the name Holi
The name of the Holi festival has an interesting origin. It has been derived from Holika, the sister of demon King Hiranyakashyap” from Hindu mythology with a legend behind it.

Days before the festival people start gathering wood and combustible materials for the bonfire in parks, community centers, near temples and other open spaces. On top of the pyre is an effigy to signify Holika who tricked Prahalad into the fire.

There has been a gradual shift toward natural colors. This actually was the way it was celebrated in ancient India.

3. Lord Krishna Association with Holi
There is also another story about the origin of Holi that has to do with Lord Krishna. The legend is that Lord Krishna as a baby was poisoned by the breast milk of Putana and thus he developed the characteristic blue complexion of his skin.

Krishna unsure if fair-skinned Radha and other girls would like him, approached Radha and colored her face in some colors.

Radha accepted Krishna despite the blue color of his skin and since that day the festival of Holi is celebrated. This, however, is a lesser-known fact about Holi and also the lesser accepted version for the origin of the Holi festival. But the story is well accepted as a legend.

4. The Legend of Evil King Hirankashyap
Not the interesting legend has that the evil king – Hiranyakashyap – forbade his son Prahlad from worshiping one of the Hindu gods – Lord Vishnu. However, Prahlad worshiped Vishnu despite his father’s denial.

Thus the demon king ordered Prahlad to sit on a pyre (a structure, usually made of wood, for burning a body as part of a funeral rite or execution) along with Holika (who was immune to fire) the sister of the demon king.

When the fire started, Holika was burnt to death in spite of her immunity to fire, and miraculously Prahlad was saved because Prahlad sought the help of Lord Vishnu during the event. This significant event is still repeated in the form of Holika Dahan. You can read about the festival of Holi for its significance and rituals.

Holi is celebrated after the full moon in the month of ‘Phalguna’ which generally falls between February and March.

It also marks the end of the bitter winter season and shifts towards warmer days ahead. The festival signifies the arrival of spring, the end of winter, the blossoming of love, and for many a festive day to meet others, play and laugh, forget and forgive, and repair broken relationships.

The festival has traditionally been also observed by non-Hindus, such as by Jains and Newar Buddhists (Nepal).

Holi is a festival whose celebration is so visible that you witness it across any part of India. However, one unique specialty of the festival is its celebration by all religions with equal enthusiasm by people of all religions.

A great site indeed in a secular country like India. It becomes more charming as Holi is a festival that is so extravagant in the celebration that you will be left amazed. 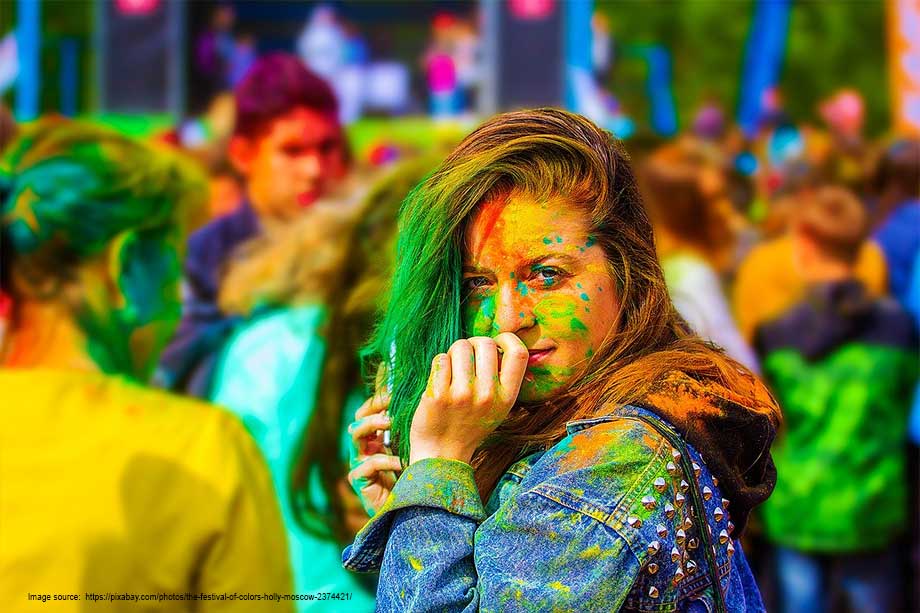 7. Celebration across the globe
Almost all Hindu festivals have regional variations. However, Holi is a national festival celebrated in its true form across all the 28 states of India.

While Holi is one of the most ancient Hindu religious festivals along with Chhath, it has become popular even with non-Hindus as well in many parts of South Asia, as well as people of other communities outside Asia.

In addition to India and Nepal, the festival is celebrated by Indian subcontinent diaspora in countries such as Jamaica, Suriname, Guyana, Trinidad and Tobago, South Africa, Malaysia, the United Kingdom, the United States, Canada, Mauritius, and Fiji.

On the eve of Holi, typically at or after sunset, the pyre is lit, signifying Holika Dahan. The ritual symbolizes the victory of good over evil. People gather around the fire to sing and dance. 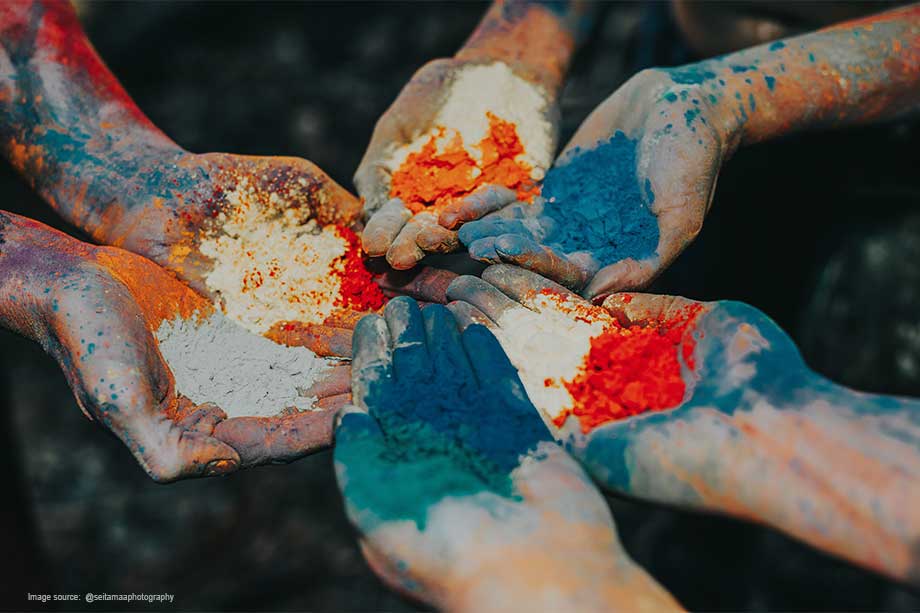 The second day of the festival of Holi which is also referred to as “Rangwali Holi” is the main day when people play with wet and dry colors. People chase each other in an attempt to color one another.

Water is a big part of the event as many people use water balloons and engage in interesting water fights with their family and friends.

A lot of different colors are involved and it’s a great time for everyone as every one irrespective of their age participates.

Wish you all a very happy Holi...