11 Festivals Celebrated in the month of April in India

11 Festivals Celebrated in the month of April in India. Bihu, being one of the most important festivals in April 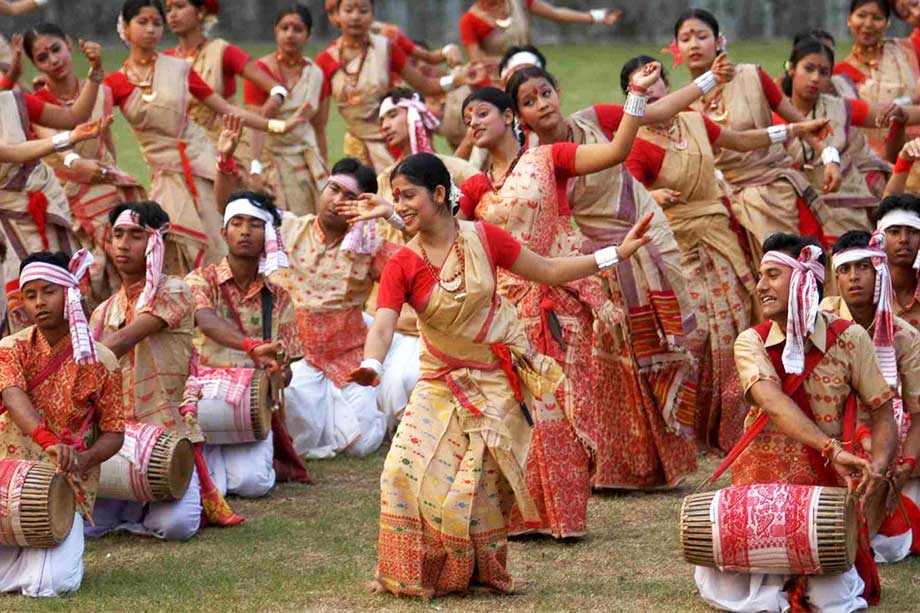 1. Bihu, Assam
It’s the time of harvest season in most parts of India, and just like everywhere, Assam to celebrates all the hard work that has gone into the crops. Bihu, being one of the most important festivals in April is characterized by celebrations of a lot of events, and people sitting together to reap the benefits of their hard work! Assam further relies big time on agriculture, which signals how important this festival is for their folks. It is amongst the most popular harvest festivals in India. 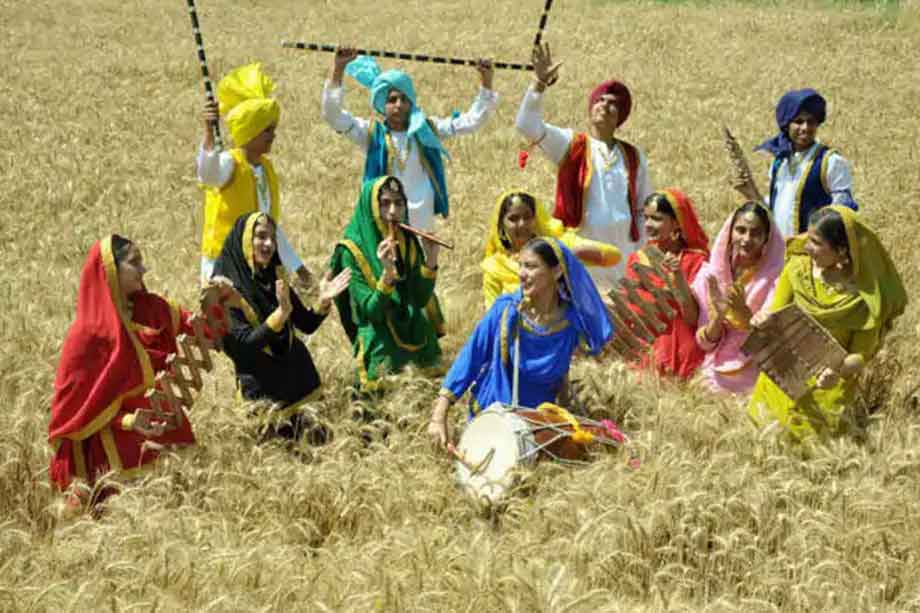 Baisakhi, primarily celebrated in Amritsar in Punjab, is one of the most popular Hindu festivals in April 2020 to be celebrated in India. The first day of the Nanakshahi calendar is celebrated as Baisakhi. Baisakhi festival falls in the month of Baisakh every year which happens to be the harvest season of Rabi crop. The archeological significance of Baisakhi is the sun’s entry into Mesh Rashi. This particular time is celebrated by different names across India. They are: ‘Rongali Bihu’ – Assam, ‘Naba Barsha’ – Bengal, ‘Puthandu’ – Tamil Nadu, ‘Pooram Vishu’ – Kerala and ‘Vaishakha’ – Bihar
-------------------------
ALSO READ:
*
---------
3. Tulip Festival, Kashmir 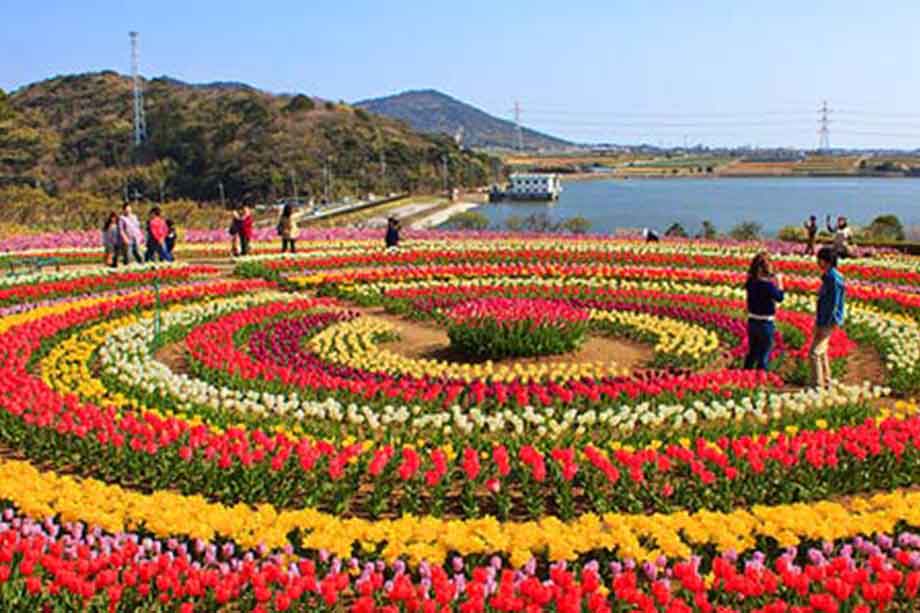 Indira Gandhi Memorial Tulip Garden is the place where you must be headed in the month of April. Situated in the foothills of the Zabarwan range, the garden overlooks Dal Lake in Srinagar and is the proud host to Asia’s largest Tulip Flower Show. During this period, this part of Kashmir valley is painted in almost every color of the spectrum. Make sure that you spot all the colorful Tulips out there. This is among the most popular April festivals in India.

It’s still so cold in Kashmir in April and one can also experience occasional rainfall and snowfall here. 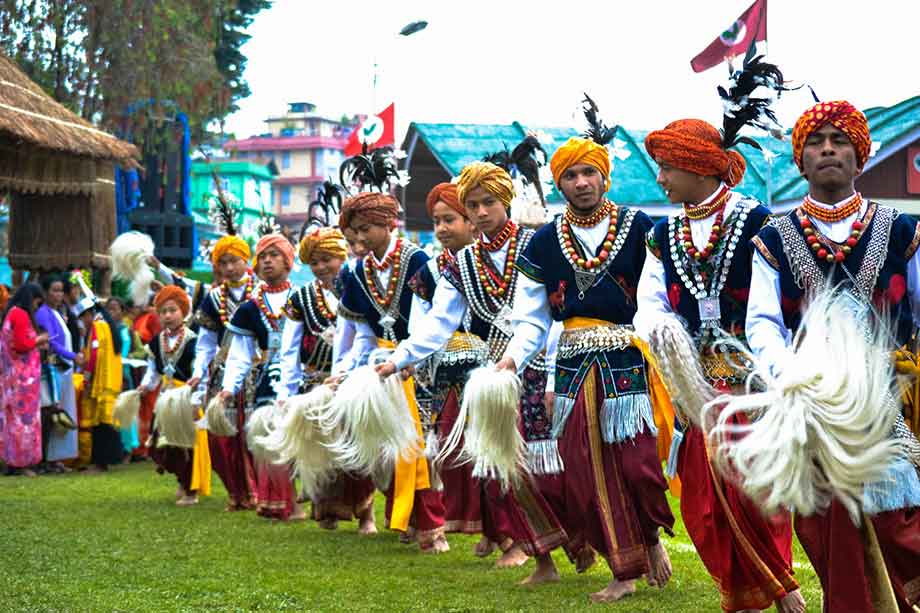 Another of the popular festivals in April in northeast India, the Shad Suk Mynsiem is celebrated in Meghalaya. Just like most of India is celebrating the harvest time, the Khasi men and women choose to celebrate in their trademark way. This is also known as the Thanksgiving Dance Festival in this part of northeast India. Women, wonderfully decorated in the wonderful silk dress and gold ornament, while men show up in silk dhotis, waist-coats, plumed turbans and traditional ornaments to perform various rites and dance together.
----------------------
ALSO READ
*
--------
5. Aoling Festival, Nagaland 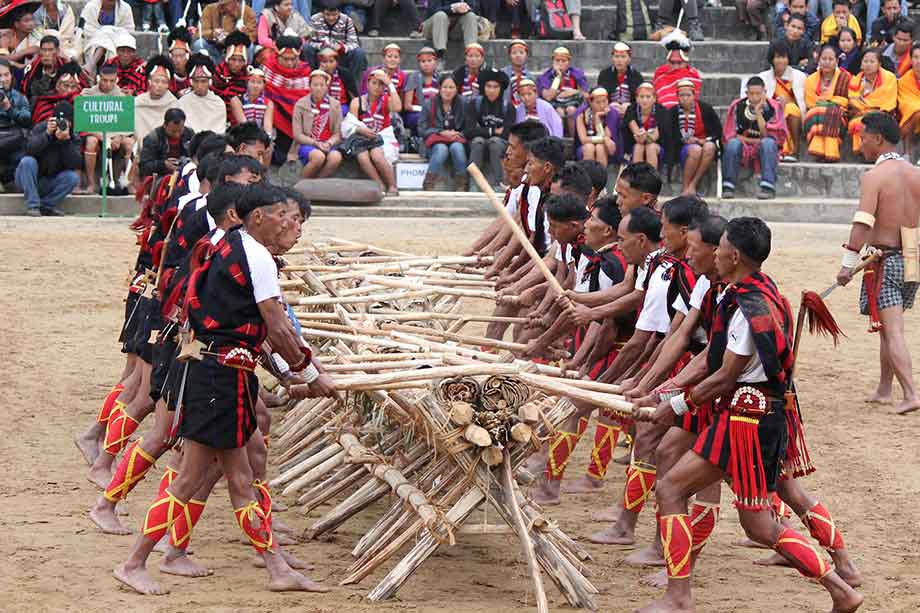 A popular festival in April to be celebrated in the Mon district of Nagaland in North East India, Aoling is the festival of the ferocious Konyak Tribes – headhunter tribes of Nagaland. They now spend most of their time doing agriculture activities, drinking alcohol, smoking opium, also hunting, which is done occasionally. They celebrate the festival to mark the beginning of the spring festival every year. Various tourist circuits are organized by the operators showing the best of this part of India to the people during this time. It’s so colorful and vivid out there! Make sure you add this one to your list of festivals in April 2020 in India. 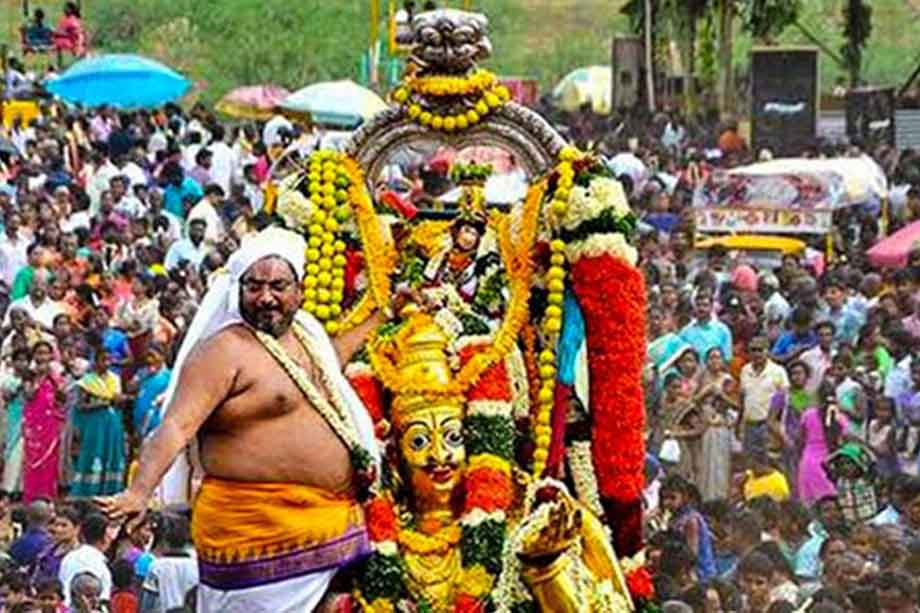 One of the religious festivals in April to be celebrated in South India, Chithirai Festival spans for almost 2 weeks! The festival commemorates the wedding of Lord Shiva (Sundareswarar) and Goddess Meenakshi (Lord Vishnu’s sister). Starting with the flag hoisting ceremony, there are plenty of processions carried out during the festival. Post the wedding of the divine couple, the celebration moves to Kallazhagar Temple in Alagar Hills close to Madurai. It is also one of the most loved summer festivals in India.

It is here that Vishnu is celebrated as the elder brother of Goddess Meenakshi. The moment Lord Kallazhagar enters the Vaigai river gives gifts to the married couple (Shiva & Meenakshi) makes the highlight of the festival. 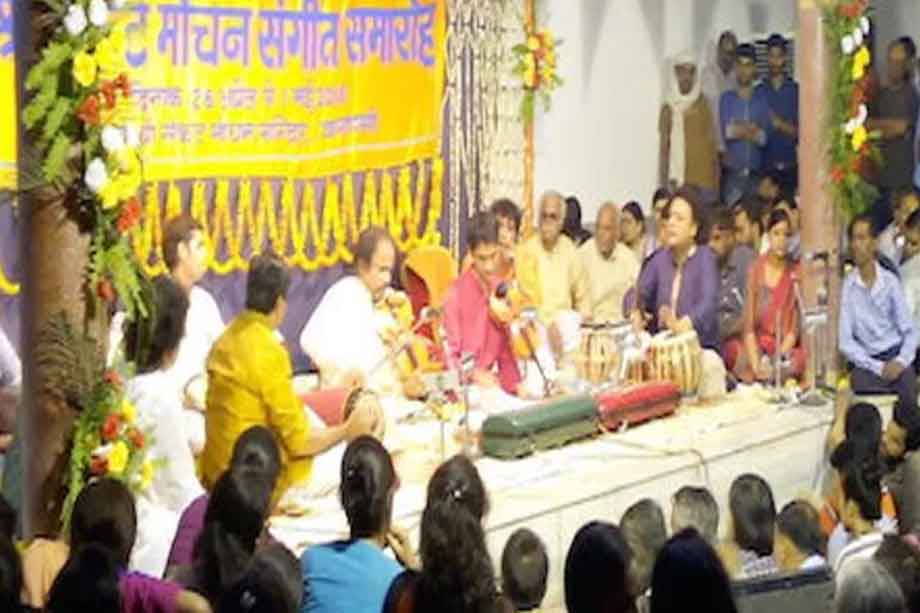 Sankat Mochan Music Festival is one of the most reputed classical music festivals of India and attracts visitors from across the world with its exclusive line-up featuring the most eminent artists of Indian classical music. This annual festival is organized on the occasion of Hanuman Jayanti at the Ghat in Varanasi. 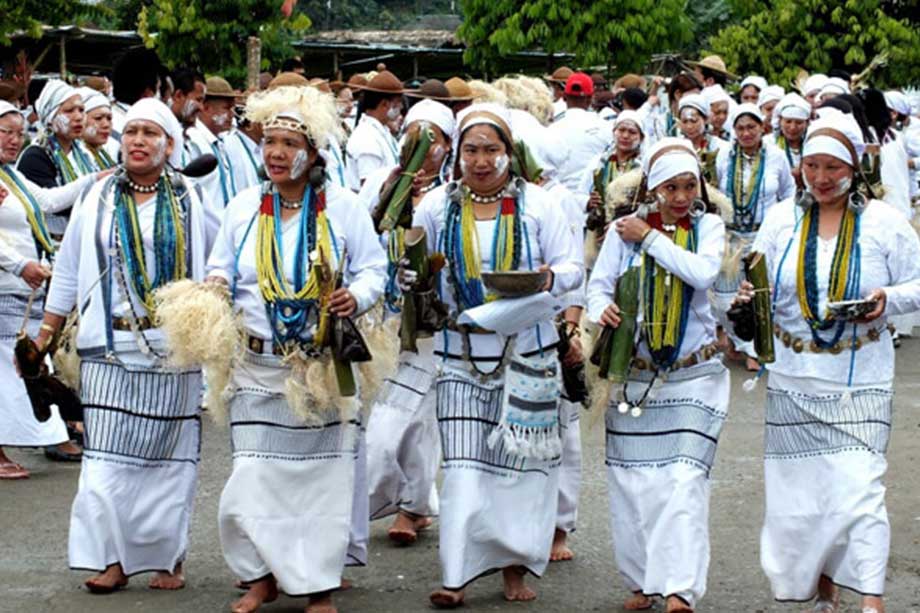 Mopin Festival of Arunachal Pradesh is another delightful celebration that makes you have an awesome time amid the captivating beauty of North-East India. It is celebrated by the people of Along, Basar, and Bame as a harvest festival and is believed by locals as a measure to keep the evil spirits away. 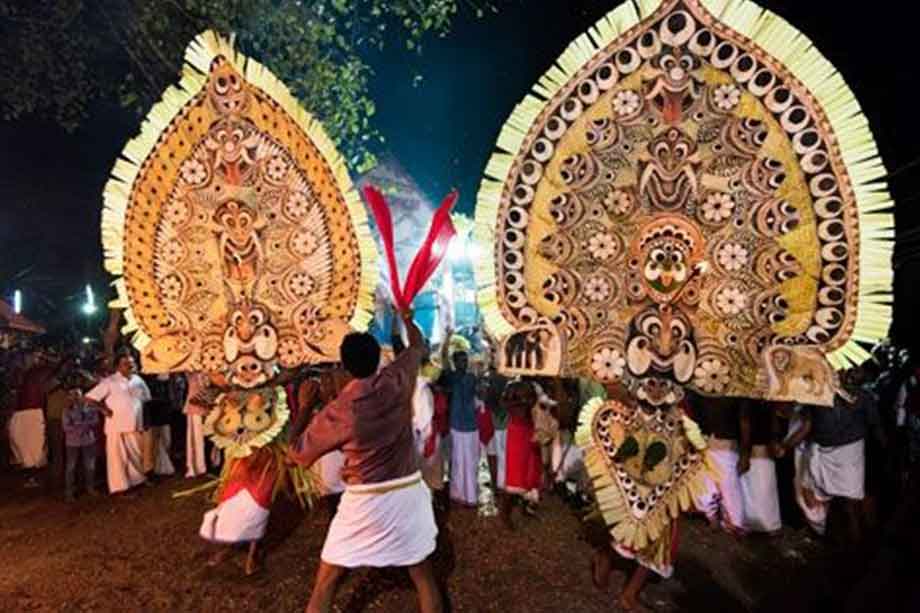 Celebrated on the first day of the month of Medam as per the Malayalam calendar, this week-long festival in Kerala is organized when it is believed that the sun comes in the constellation of Aries, as per the western calendar. During the festive time, there are plenty of events organized in Kerala which celebrates the rich culture and traditions of the state. 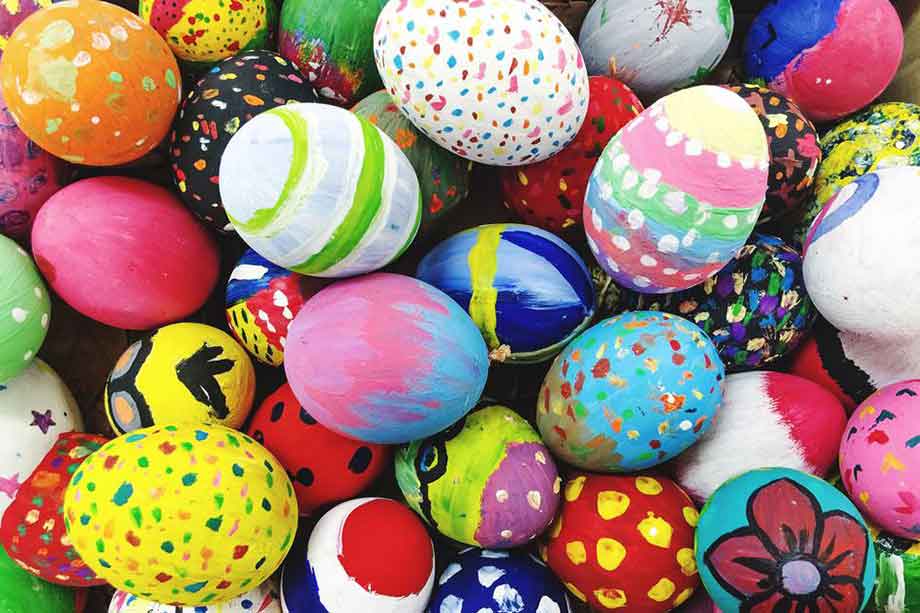 Easter is celebrated across the nation as the day of resurrection of Jesus Christ. It is the day when Jesus was raised from death and is believed that he paid penalty through his death, burial, and resurrection for the sin of others. 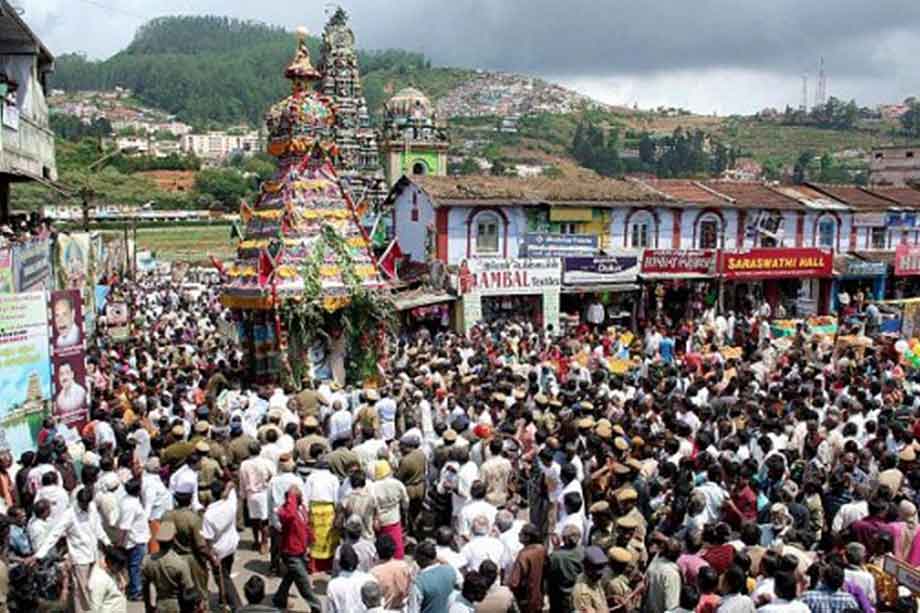 Celebrated in the Mariamman Temples of Ooty and Coonoor, this festival commemorates Mother Durga who represents three powers called Itcha Sakti, Gnana Sakti, and Kriya Sakti. People come together to organize the festivities by holding processions across Ooty and Coonoor. And it is a visual treat to the eyes of everyone present around.
----------
Advertisement

📣 Bgs Raw is now on Telegram. For the latest news virals on social media, entertainment and more, subscribe to Bgs Raw on Telegram & WhatsApp ... (Click here to stay updated)