Aarogya Setu App: Here’s 5 thing you need to know, how this helps to fight against corona. 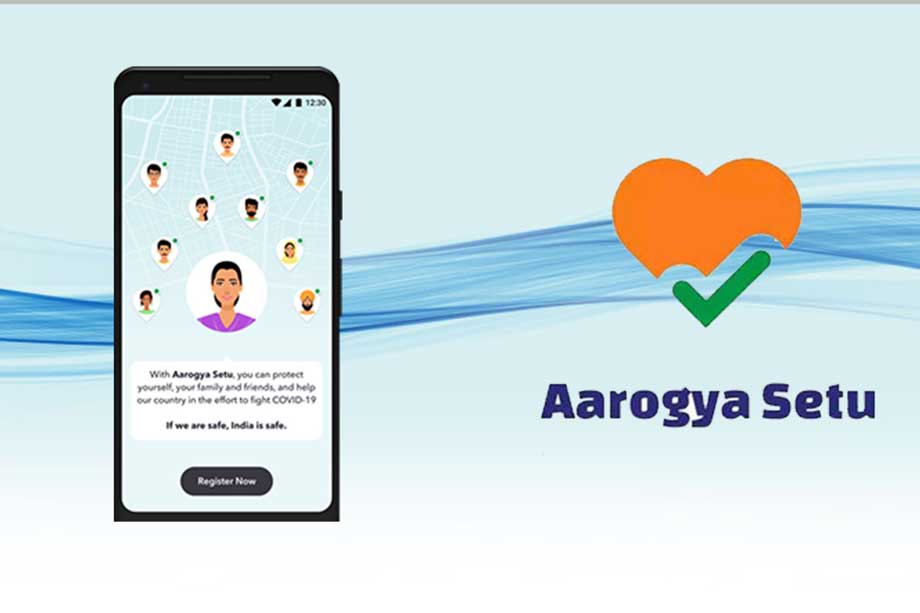 Have you installed the 'Aarogya Setu App' if not install it now? Recently Prime Minister Narendra Modi addressed the nation, along with extending the lockdown till 3 May. In his speech, he encouraged the citizens to download this app name called 'Aarogya Setu App'.

This app has a simple interface which uses the Bluetooth technology for the integral functions. This app has been the most downloaded app with 50 million users only in 13 days.

Still, many of us are just think about what to do with the Aarogya App. SO here will tell about the settings and how this works on your phone.

1. Setting up the Aarogya Setu app
The primary function of the Aarogya Setu app is to control the spread of the virus as the main mission mentioned by the Govt. of India, while also educating users about it. On downloading the app, you will be asked to do a quick set-up (just like any other app).

Post which, you must answer questions about having a cold, cough, trouble breathing, fever, etc. If the answers are negative, the app will register you in the Green Zone. Available in 11 languages, the app is designed to accommodate heavy user traffic.

2. The functionality of the Aarogya Setu app
The Aarogya Setu app functions on Bluetooth and location-sharing technologies offered by smartphones. Bluetooth is used to send and receive messages while location sharing enables the app to track your movement. When you are in a crowded place, the app’s interface will interact with every user who stands next to you. If they are on the app and have been marked safe, your phone will show you in the Green Zone. Additionally, if a person you’ve interacted with tests positive, the app will intimate you and guide you to get tested. It will encourage you to call the toll-free number, 1075, and schedule an appointment.

3. The benefits
To start off, the above-detailed explanation makes the positive aspects of the app very clear. It does the job of safeguarding you from the virus, quite satisfactorily might we add, at least to the maximum potency of the digital space. The accessibility across multiple languages is a definite boon to India’s diverse audience. It also offers a self-testing chat space, which can calm the minds of hypochondriacs.

4. Drawbacks of the Aarogya Setu app
It stems majorly from privacy concerns raised by many. However, the app only accesses your phone’s BlueTooth and location, which are accessed by many other daily use apps. That being said, the app does store a huge amount of data and a security breach could prove to be costly. Given the insecure nature of other government designed apps in the past, this is an alarming concern.

5. Where can one download it?
The Aarogya Setu app is available to both Android and iOS users and can be downloaded from the Play Store and App Store, respectively.

Please read: After downloading we want you to share your details (name and number), it's up to you if you want, if you don't no need of sharing. (Enter only if you have registered on this app) Link here

📣 Bgs Raw is now on Telegram. For the latest news virals on social media, entertainment and more, subscribe to Bgs Raw on Telegram. Subscribe to our YouTube channel.. Click here to stay updated)
Premium By Raushan Design With Shroff Templates
Bikram covers entertainment, culture, interviews. While he is also the owner and founder of Bgs Raw Media. Find me on Twitter @bikramkrsingh1
Premium By Raushan Design With Shroff Templates