Amazing fact: The Legend of Comedy, whose dilouge was appreciated by whistling

The Legend of Comedy, whose Dilouge was appreciated by whistling 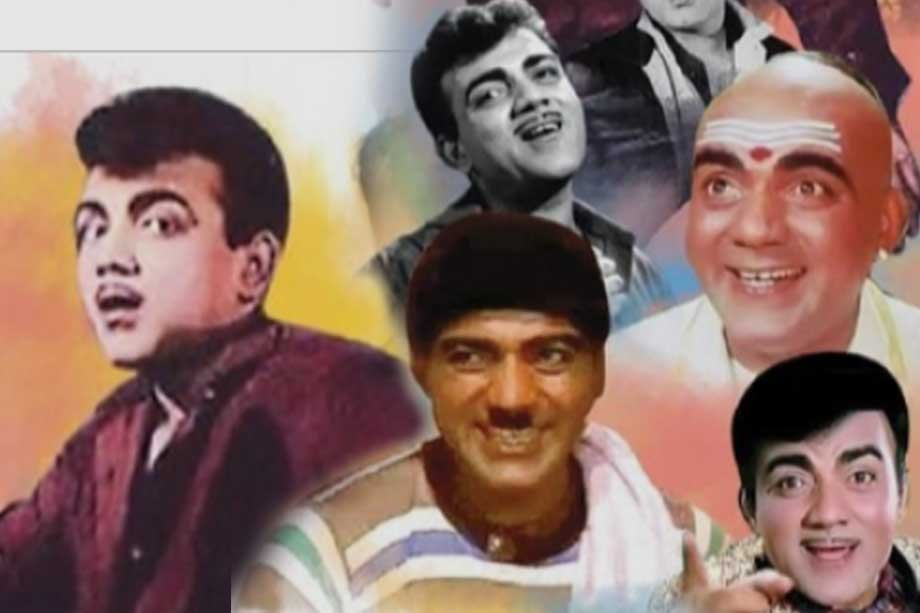 Today will talk about the great comedian and actor of Hindi cinema who is Mahmud. With its excellent comic timing, it has ruled the hearts of people for decades, which brought Amitabh Bachchan's first solo role. R. The first cake was given to the music buffs like D. Burman and Pacham Da. In the film Jiski, superstars like Rajesh Khatra also left their work and started working. Know more about that Mahmud.

1. Got to work in film while playing
Dada Muni One Ashok Kumar was shooting for his film 'Kismat'. He needed a child artist. Since Mahmoud was naughty as well as a child. Dada Muni caught sight of a child, who was playing on the set. They thought Boy is perfectly suited for the role of the film. What was it then, Ashok Kumar gave Mahmood a role in the film. This was the period when Mahmud's father worked at the Bombay Talkies Studio.


2. In front of Madhubala, Mahmud shot his lines in one take
In order to meet the demands of the house, Mahmad used to sell toffees in the local trains running between Malad and Veeran, in the meantime, he started working as a producer with producer Gyan Mukherjee. Actually, on the pretext, they used to get a chance to go to the studio every day. Once Mahmud was watching the shooting of the film 'Naadan'. In front of actress Madhubala, a junior artist could not speak her dialogue even after ten consecutive retakes. Then the film director Heera Singh gave Mehmood that dialogue to speak and Meen was okay without retake. This is where the star of his fortune also shone. For this, Mahmud received 300 rupees. After this, he did short scenes in films like 'Do Bigha Zameen', Jagriti 'CID', 'Pyaasa'
3. Kamal Amrohi said you don't have the ability of acting
Mahmud, with his skill, swapped all of the people for himself. Once director Kamal Amrohi went to ask for work in the film, he even told Mahmud that you are Mumtaz Ali's son, so it is not necessary to become an actor. You do not have the ability to act in films. Mehmood took this as a challenge and later I proved my worth. At the same time, he came to be invited from BR Chopra Camp but when he came to know that he got the film from the recommendation of his wife's sister Meena Kumari, who refused to work in it. Although his struggle continued. In the 1958 film Parvarish, he got a good role in Mini. After this, he got an opportunity to work in Eli Prasad's film 'Chhoti Sister' which proved to be an immortal film for his career. Mehmud got 6000 to work in it.

4. Amitabh given hope, there was a conflict in the last days
Mehmood had a special connection with Amitabh Bachchan. Mahmood's brother Anair was Amitabh's friend. When he met Amitabh for the first time, he was with Rajiv Gandhi at that time, Mahmood was drunk at that time, seeing Rajiv Gandhi, he said that he is the hero of my next film and gave 5000 rupees to brother Anwar, asking this boy Go to shoot. Anwar got Rajib Mehmood and told that the Prime Minister is the son of Indira Gandhi. Then again he said Amitabh is the hero of my film. The first Solo to Amitabh was introduced by Mahmood 'Bombay. Those days were months with Amitabh Anwar. Mahmud Amitabh stayed at his house for a long time. However, Amitabh was angry during his last days. Actually, Amitabh went to Mumbai Beach Candy Hospital with father Harivansh Bachchan. There Mahmud Admit had his bypass surgery, but Amitabh did not go to see.
5. When Kishore Da did not give work to Mahmud
Mahmood's acting was a very good actor but he himself was afraid of Kishore Kumar's acting. They used to say that I know the limits of all actors, who is in how much water, but to find the teenager, it has got a whip. They Never Do Anything Mahmud once requested Kishore Kumar to give himself a role in one of his films. Kishore Da then told him how he could give Micah to someone who could challenge him in the future. To this, Mahmood also gave a very interesting answer that one day when I will become a big filmmaker, then you will be poisoned for his role in the film, after which Mahmood opened his home production to Kishore in the film 'Padosan'.
6. When he used to lie on the set, superstar Rajesh Khanna slapped
Jute Diya Chanta Mehmood made a film called Zilla Naam Th 'Janta Hawaldar for this, he cast Rajesh Kha. One day Mahmud was shooting the film at his Karma House. There, one of Mahmud's sons met Rajesh and went straight away praying. Rajesh gets angry that why only Lee said? After this, Rajesh Khanna started coming late on the set, and shooting got delayed every day, so Mahmud got angry. He was also the director of the film and also an actor. One day they beat Rajesh Khanna in front of everyone. He told Rajesh, 'You will be a superstar, at your home, I have given you all the money for the film, so you will have to do my film on time.

ALSO RAED
Sharukh used to think that his son was obese, so he made six-pack