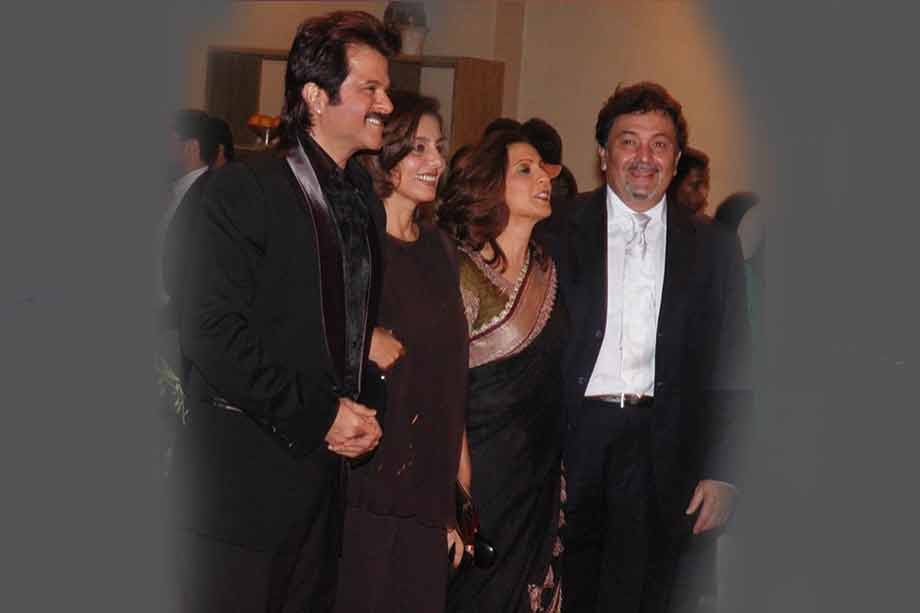 Anil Kapoor has also been among rishi Kapoor's close friends. Both of them have also made films together. As a pleasant remembrance with Rishi Kapoor, Anil shared the picture on Wednesday. It is for the year 2007 when Sonam Kapoor and Ranbir Kapoor were launching Sanjay Leela Bhansali's film ' Saawariya ' in the film industry. Anil Kapoor, his wife, and Rishi Kapoor and Neetu Kapoor are seen in the photograph. Sharing the picture, Anil wrote, "Remembering James. Sonam and Ranbir's career was being launched. Being there with Neetu Kapoor and Rishi Kapoor is one of the happiest memories of my life. '