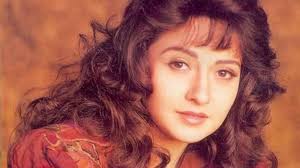 Recently the Legendary Actor of Bollywood film industry has left his body, co-stars remember the stories. And Bgs Raw is started collecting interesting Bollywood retro stories for you.

Pakistani actor Zeba Bakhtiarremembers being intimidated by her immensely popular co-star Rishi Kapoor on the sets of her debut film, Henna. In this 1991 drama, helmed by Randhir Kapoor, Bakhtiar played the titular role. While working on the project, the Pakistani actor came close to the Kapoor family and found friends in both the Kapoor brothers.

The news of Rishi Kapoor’sdemise came as a shock to her. Kapoor, 67, died in Mumbai on April 30. “I spoke to Randhir two days before this happened. He said, ‘Chintu is getting better’...Nobody saw this coming. After his treatment (in the US), he was so happy to be back home,” says Bakhtiar.

It was Kapoor’s “honesty and strong demeanor” that made Bakhtiar “respect” him all the more. “He was straightforward yet funny. He had a very active mind, knew about all kinds of films being made, newer technologies and techniques that were being used. He was knowledgeable,” says the actor who worked with Kapoor again in Mohabbat Ki Aarzoo (1994).
Reminiscing the days of making Henna, Bakhtiar, 57, shares, “While Randhir was collected and chill, Rishi was electrifying and full of energy. I was new then and he would help me with my performance.”The last time they spoke this year, they had plans of catching up, she reveals. Bakhtiar shares that Kapoor is hugely popular in Pakistan and they were “devastated with the news as he was the ultimate romantic hero who everybody would miss”.