I have always got work in the industry - Randeep Hoodha 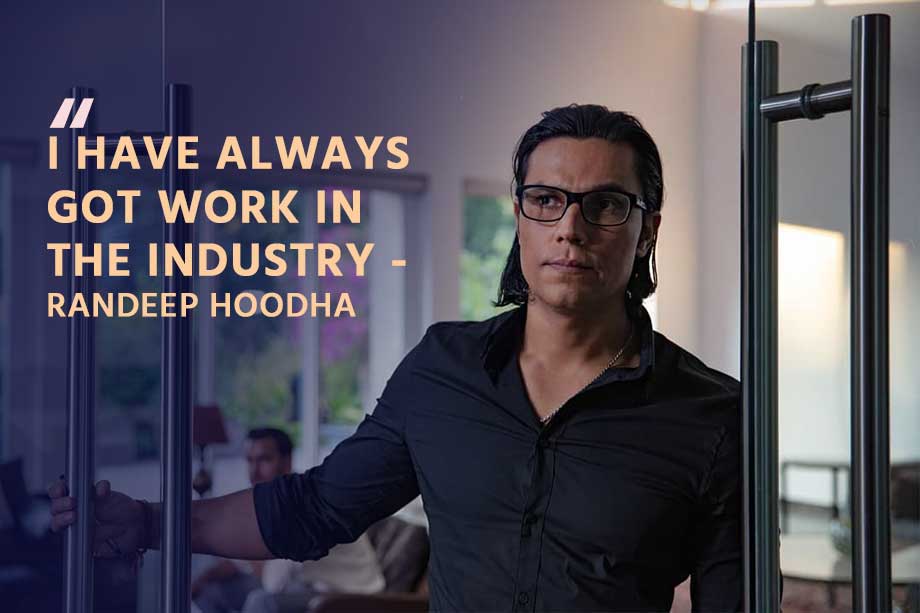 Recently, Randeep Hooda has appeared in the Hollywood movie 'Extraction' released on Netflix. His upcoming film is 'Radhey: Your Most Wanted Bhai' with Salman Khan. Excerpts from a conversation with Randeep….

Q. You are among those few actors whose film has also been released in Lockdown ...
When I sat home for three years, I became a Sikh with a beard and hair for a film on the battle of Saragarhi. It did not become a film. I sat at home for three years, the whole world was at work. Now the whole world is sitting at home and my film is released. In this period, I am able to entertain the audience for only two hours from the film, it is my pleasure.

Q. Looking at this phase, it seems that in the coming days more content will be made for digital?
- My film 'Radhey: Your Most Wanted Bhai' was about to be released. It has made a difference. The charm of films made in theaters will never end. The OTT platform must attract attention. Those who were not connected earlier through this medium, now they were not connected through this medium, they will join a large number. Many of my films exist on the OTT platform. The audience is watching. Movies released in theaters are also screened there. This transaction will continue. It will take some time to get out of the obstacles that have come in making and releasing films.

Q. How important is it for an actor to maintain his presence among people through films?
- What is seen is sold in the industry. People think that if the films are not there, then the photo should be printed in the newspaper. In my case, this does not fit. This was not the first time I had been sitting at home for three years. When 'Monsoon Wedding', the film was received after four years. I am thankful that I am getting work despite being away from films.

Q. Do you feel sad to not get a film made on the battle of Saragarhi?
There is definitely sadness in not being able to make that film, but because of that film, as a human being, I got a chance to learn a lot.

Q. How was it to work with Hollywood artist Chris Hemsworth in 'Extraction'?
- I have studied in Australia. I used to drive a taxi in the night shift in Melbourne. I jokingly told them that maybe I had made you sit in a taxi outside the club sometime in the night. I saw him for the first time in the movie 'Rush'. Before that, I did not know anything about them. He is a humble person. It was memorable working with him.

Q. The film is being praised for its action scenes. How was your training?
- My look was like the Samurai Warriors of Japan. The film's director Sam Hargev has been a stunt coordinator. He had done himself before with us jumping from ropes, jumping in trains and jumping from buildings. I had to learn to handle guns, change magazines, target shooting, etc. We rehearsed the knives and boxing scenes with Chris for hours. Many scratches also started.

Q. Is it more difficult to act with facial expressions in less dialogue?
The preparations in Hollywood make the job a lot easier. I have done many characters in which I talk less.