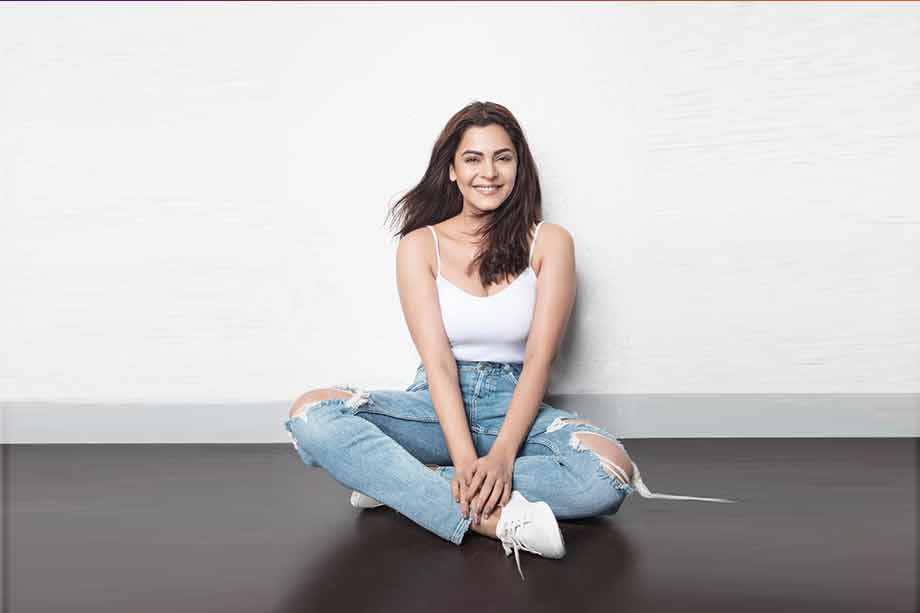 Anuja Sathe who plays Ashraf Bhatkar in MX Player's Ek Thi Begum speaks with Musba Hashmi about her love for strong characters and that she won't mind exploring a naive character, among other things.

What is your role in Ek Thi Begum?
This story is from the late 80s and the early 90s when the underworld was at its peak. I play Ashraf Bhatkar aka Sapna. The entire story revolves around her as her journey from a normal lady to one who is seeking for revenge is shown. Her husband was killed by an underworld don that is why she chose the path of revenge.

What preparations did you have to do for the role?
I have never portrayed a character like this before, so it was definitely exhausting. There are many shades in Ashraf ’s character and I had to explore the depths of it. I had many discussions with Sachin Darekar, the writer-director of the series. It was important for me and him to be on the same page. I wanted to follow his vision, we had lots of workshops and tried to take out all the things between the lines. It took a lot of homework actually and that’s how we went ahead with the process.

Do you think there is a need to bring more such stories at the forefront?
Definitely. What we have seen or heard is that underworld was man dominated. However, I believe that there are many such women who in that era also became the police informers and came at the forefront. There was a lot of power to women even back then. It is important that we show people that women were no less. We do need such content.

What kind of rapport do you share with your co-actors?
I have worked with most of the actors on the sets. For Ankit Mohan, who plays my husband. He is a friend but we never got a chance to work together. It was a fantastic experience. Everybody has put their 100 per cent in the characters they are playing. When you are working with a bunch of people, then it is more of a team work. It is no longer a story about a particular person rather it is a compilation of everyone’s story. And Sachin, he has put a lot of efforts in the series. I have never got a chance to work with him, though he was the writer of one of my shows. The experience if for a lifetime.
How was the environment on the sets?
It was always fun. Obviously not when we are shooting an emotional sequence because it takes a little while to an extremely positive environment on the sets which is why our work became all the more fun.

From Radhabai to now Ashraf Bhatkar, you have played the roles of women of substance. What attracts you to these roles?
It is the strength inside me maybe. I have been fortunate that I have been getting to do so much of work and such kind of characters.
It is my inner strength that I like to portray such characters. I can connect with all the characters that I have played because there was some common trait. Also, all the roles have been different. Any actor would die for such roles. Till now, I have never played a naive character or someone who doesn’t have a spine. I enjoy doing such type of characters.

How did your first show Tamanna happen with you?
I auditioned for it almost five times for that show. Then I got a call from the team, but still it was not finalized. There was a 50-50 chance. I was hoping to get the role. And when it happened, I knew that it was an opportunity where I have to prove myself to myself ki main yeh kar sakti hun. I am glad that it happened because it opened a lot of doors for me.

What kind of roles would you like to experiment with?
I don’t mind playing a similar kind of characters as long as I am getting to show my strength. Also, I would like to explore the side of mine which I haven’t till now like I said I have never played a naive or a bichari character. But my inclination will continue to be towards strong characters.

What is there in the pipeline?
There are some projects but I am not allowed to talk about it right now. Once everything will fall in place, I will share the details.
Source: Pioneer (Musba Hashmi)
----------

💰 Help us with minimum 'SUPPORT' you can, we will be happy for you, link here
Posted byBgs RawPosted atMay 12, 2020 Post a Comment
Share
Labels#AnujaSathe, #EkThiBegum, #Interview, #MXplayer, #stories
Newer
Older