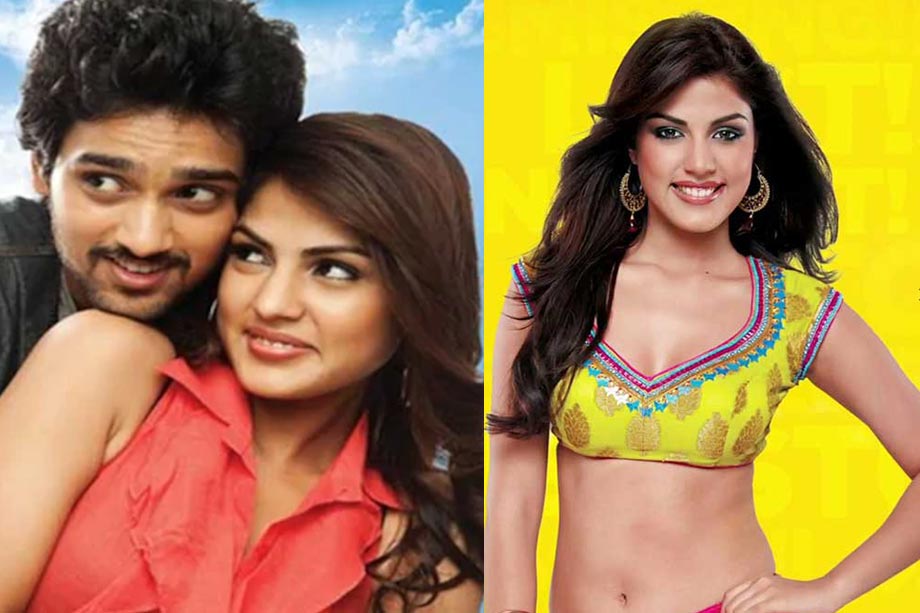 Rhea Chakraborthy is an Indian actress and VJ. She born at Bangalore but belongs to the Bengali family.
Her father was an army officer, and this is the reason that she did her schooling from the Army Public School of Ambala Cant.

Rhea was very interested in the glamour industry and she started her career in the year 2009.

She featured in the MTV India TVS Scooty teen diva show. She was also the first runner-up of the show. Later she auditioned for the role of VJ in MTV Delhi and got selected.

Rhea rose to fame after her hit MTV shows. He came into limelight after hosting shows like Pepsi MTV WhatsApp, TikTak College Beat, and Gone in 60 seconds.

However, once considered as a promising Bollywood star failed to leave an impression in Bollywood movies completely.


The actress has been featured in 7 movies in the last 8 years and none of her movies left a long-lasting impression on the audience.

While you think this is the sad part then you are completely wrong as the actress is accused of Sushant’s sudden demise and receiving lots of backlashes too.

Here, we have created a list of her movies to give you a clear picture of Rhea Chakraborthy’s acting career graph. 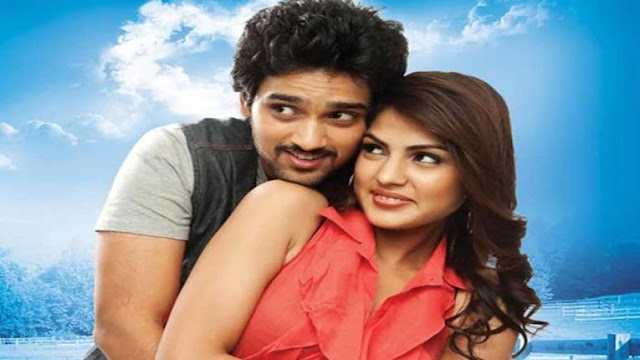 The story revolves around Nidhi and Karthik who used to hate each other in their childhood and fall for each other when they met after years.

The twist in the story came when Nidhi’s parents arrange her marriage with someone else.

The movie failed to impress the audience but everybody appreciated the young actress in the movie. 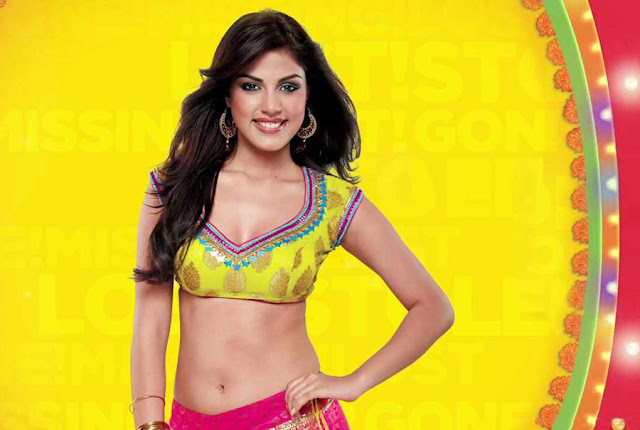 Mere Dad Ki Maruti is a story of the Khullar family who brought an exquisite new car to give it to his daughter as a wedding present.

Sameer Khullar played by Saqib Saleem decides a test drive with a car to impress his girlfriend but the car gets stolen.

The movie was criticized for making it a long commercial of Maruti cars and failed to generate ticket sales at the box office.

The movie only managed to collect 12.46 crores only and became a big flop. 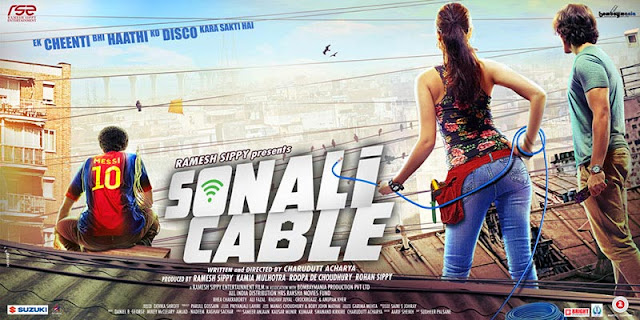 Sonali Cable is more like a women-centric movie in which Rhea got the chance to play the lead character.

The story revolves around a girl named Sonali who provides Internet services in a specific area of Mumbai.

She gave a tough competition when a large corporation, Shining Broadband, enters the market and tries to create a monopoly in the city.

The movie received mixed reviews from fans and critics but remained a flop at the box office.
4. Half Girlfriend (2017) 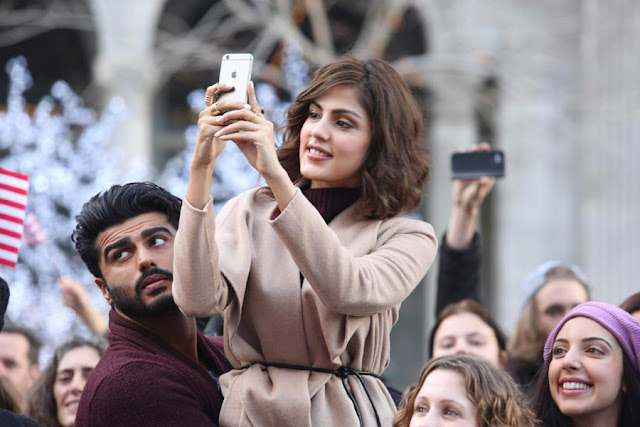 Rhea Chakraborthy wasn’t getting many films offers after the movie Sonali Cable.

However, in 2017, she has been part of 3 movies but her role was nothing but a cameo appearance in all these 3 movies.

In the movie Half Girlfriend, she did a cameo appearance and was seen with Arjun Kapoor’s character in New York.

Even though it wasn’t her film, Half Girlfriend was not a box-office hit. 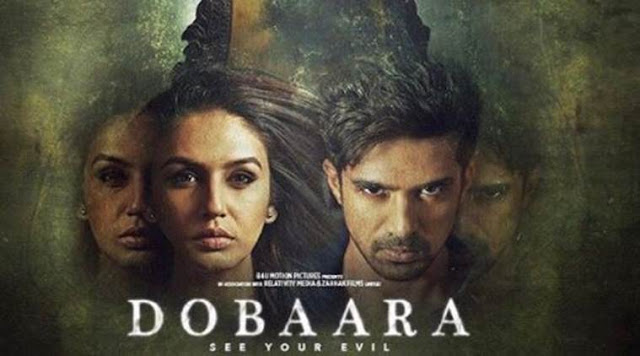 In this movie, Rhea Chakraborty played the character of Tanya. Her role was limited in the movie and considered as a cameo appearance.

Dobaara: See Your Evil was appreciated by critics for impactful acting but it was a box office flop. 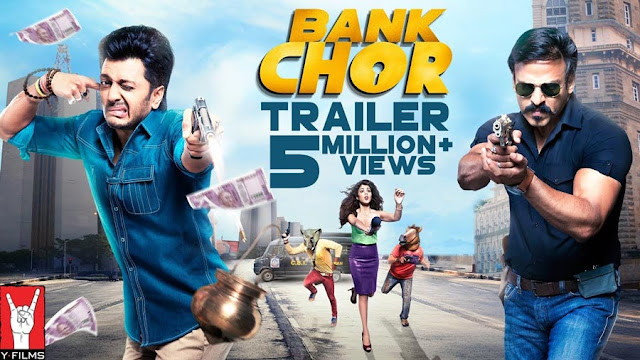 The story revolves around Champak who is a bumbling fool who decided to rob a bank by taking the help of his two inexperienced friends.

Their plan wasn’t foolproof and that leads to a robbery mess. However, the movie was appreciated for a comedy thriller. 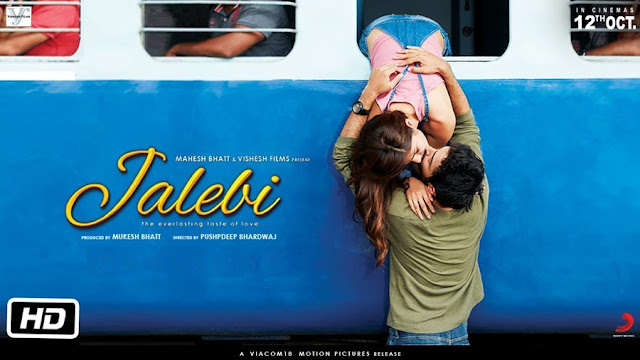 Rhea Chakraborthy was last seen in the movie titled Jalebi which was produced by Bhatt Camp.

Rhea Chakraborthy played the lead role in the movie named Aisha who falls in love with the local guide named Dev.

The couple marries and they fall apart when Aisha becomes hesitant about her getting pregnant.

The movie was controversial because of its poster and become the biggest flop with the box office collection of only 2.41 crores.


----------
📣 Bgs Raw is now on Telegram. Get the more different latest news & stories updates, subscribe to us on Telegram & WhatsApp ... (Click here to stay updated)

💰 Help us with minimum 'SUPPORT' you can, we will be happy for you, link here
Posted byBgs RawPosted atAugust 08, 2020 Post a Comment
Share
Labels#news, #RheaChakraborthy, #stories