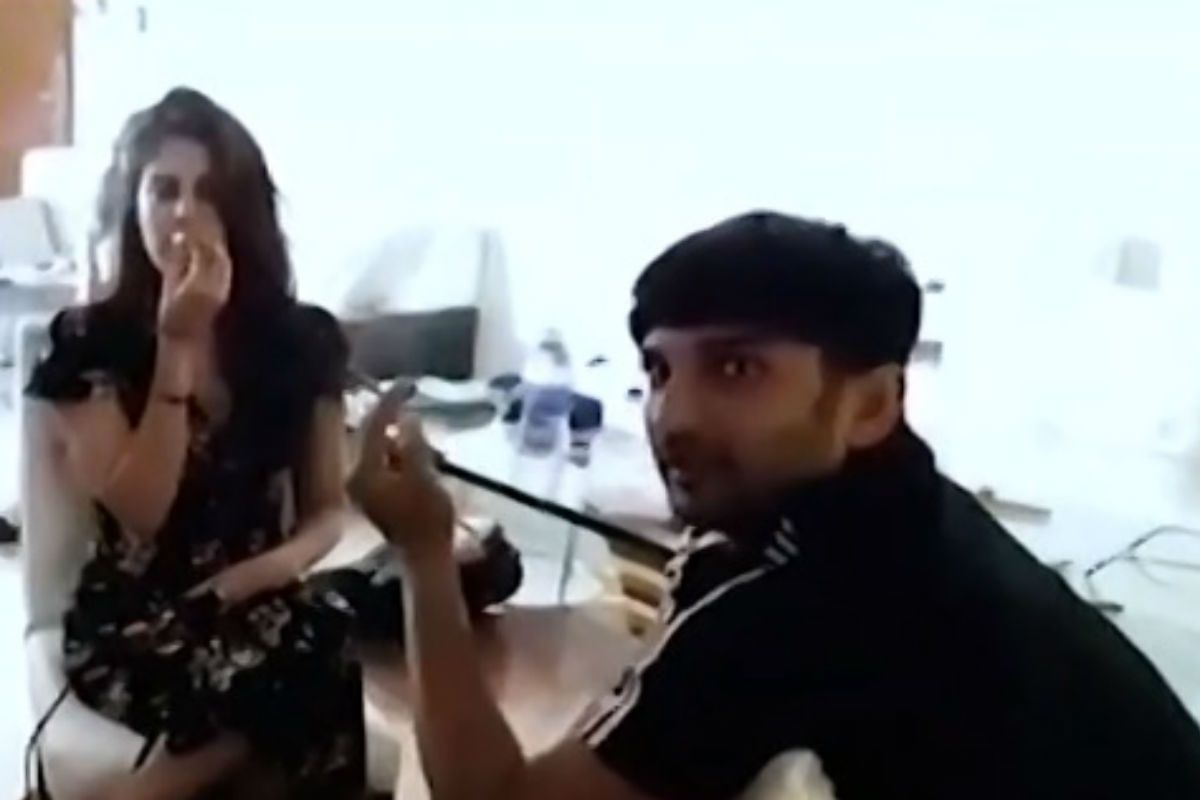 A new video featuring Sushant Singh Rajput and Rhea Chakraborty has emerged online in which all of them present at the late actor’s residence are seen smoking cigarettes that don’t look like ‘ordinary’ ones. At one time, Sushant even looks at the camera and says this is ‘VFX’ when someone asks him about the cigarette in hand, while Rhea adds that ‘this is herbal.’

In the video, SSR is also seen sipping water everytime he smokes. The video, which was released by Zee News, has emerged on the day the Bombay High Court is going to pronounce order in Rhea’s bail blea. In the plea before the court, Rhea’s lawyer has claimed that the NCB found no evidence of the actor being involved in drug consuming or supplying. This latest viral video seems to be contradicting the same claim. It also contradicts Rhea’s claims made in the infamous interview where she said that she always tried to stop Sushant from taking marijuana.

“Yes, Sushant used to smoke marijuana, he used to take it even before he met me. He started this during Kedarnath. I used to control him in this department only. He was a man of his own choices and nobody could stop him,” she said in the interview with Aaj Tak, adding that she never smoked up and she’s ready to take a blood test to prove the same. The video, in fact, also dismisses the claims of those who believe that Sushant was being ‘given’ drugs without his information. Watch it here:

Rhea, her brother, and four others have been arrested by the Narcotics Control Bureau under the Section 27A of the NDPS Act, which implies punishment for financing illicit traffic and harbouring offenders.

A special NDPS court is pronouncing the order in bail plea today.


📣 Bgs Raw is now on Telegram. Get the more different latest news & stories updates, subscribe to us on Telegram & WhatsApp ... (Click here to stay updated) 💰 Help us with minimum 'SUPPORT' you can, we will be happy for you, link here