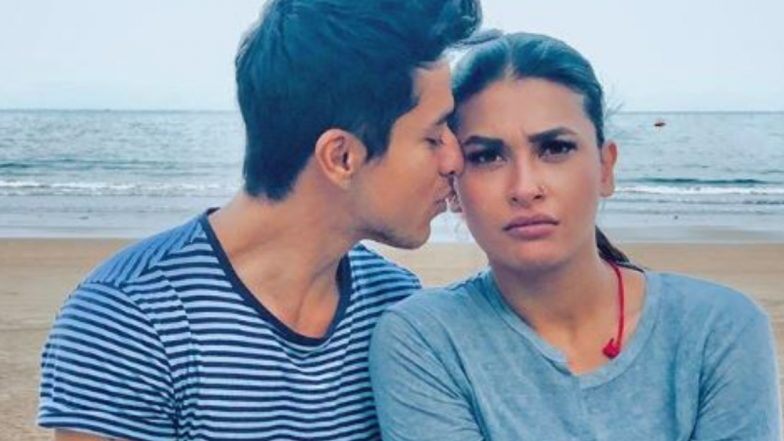 Pavitra Punia is very open to talking about her past relationships in Bigg Boss 14's house. There is a lot of discussion about his personal life among fans, which is keeping him in the headlines. The serpent actress became the buzz of the city after talking about her former lover Paras Chhabra. And now he has spoken about his broken engagement with businessman Sumit Maheshwari.

During a conversation, Shehzad noticed a strange tattoo on Pavitra's engagement finger. He asked her what kind of tattoo she got. Pavitra tells her that she had modified the tattoo and changed it to a rose. Shehzad asks if there was a name or someone's initial name. Pavitra replied that it was the person's full name.

Shahzad expressed his surprise at how he could get someone tattooed so early in a relationship that does not last long. Pavitra opened it by saying, 'He was my former fiance. I was busy. ' She further revealed that they had been dating for three and a half years.

When Shehzad asked him on which issue they broke off their engagement, Pavitra replied that they had a long distance relationship. Shehzad asks him if he was about to initiate the break-up, with Pavitra saying that their separation was amicable. She said that their break-up took place in 2015. "It was from long ago," she tells Shehzad that it takes one year, three years.

Although he did not mention the person's name, everyone knows that Pavitra had revealed his plan to marry a businessman named Sumit Maheshwari. The two reportedly got engaged in October 2015.

"I got engaged to Sumit. I met him in Amby Valley through a common friend, where I went to Reiki. I loved the place and I fell in love with it," Pavitra told Telibuzz . However, there was no official confirmation about their marriage. There was no discussion about her marriage for almost 2 years. It was being said that after his broken engagement, he started dating Paras Chhabra.