The trailer of the much-awaited film Lakshmi Bomb starring Akshay Kumar and Kiara Advani was finally unveiled on 9 October, as it is the lucky number

The trailer of the much-awaited film Lakshmi Bomb starring Akshay Kumar and Kiara Advani was finally unveiled on 9 October, as it is the lucky number of the former. It is also not surprising that the film is being released on 9 November as well. Meanwhile, the number, 18 ', also increases to 9. As a result, the film's first song, K Burj Khalifa ', has been chosen as the launch date on Sunday 18 October. Viewers got a glimpse of it in the trailer and are confident that it will be a chartbuster. 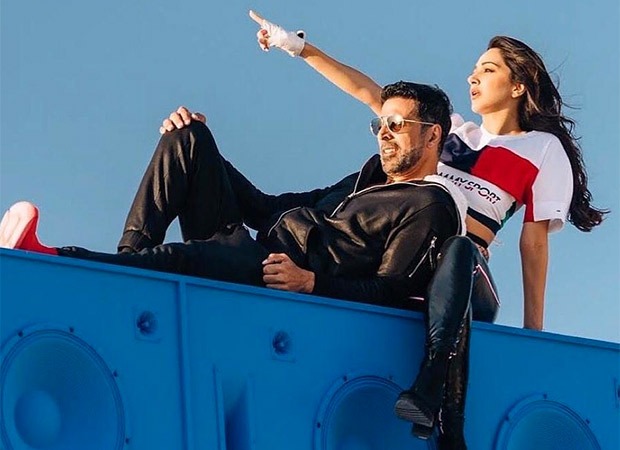 Now, it has come to light that Akshay Kumar had a grand plan to unveil this foot-tapping track. A source says, “Akshay Kumar suggested to the producers, Fox Star Studios, that they should release the ‘Burj Khalifa’ song at Burj Khalifa in Dubai, UAE. He believed that it’ll add to the film’s buzz. Also, viewers have seen film promotions happening online since the beginning of the lockdown. Hence, even they would have lapped up the idea. Moreover, Dubai is a safe place with limited Coronavirus cases. Akshay, who recently commenced and even finished a shoot in the pandemic in United Kingdom, is aware of the precautions to be taken to pull off such an event without anyone falling ill. Hence, he came up with a detailed plan on this promotional activity, replete with safety measures.”

Akshay Kumar’s plan however will not see the light of the day. The source adds, “The Fox Star Studios team liked the idea but found it commercially unviable. They realized that flying Akshay Kumar, Kiara Advani and others in a private jet to Dubai, accommodating them in a luxurious hotel, booking the Burj Khalifa for the promotions, taking care of safety and sanitization etc would cost somewhere around Rs. 65-70 lakhs. The management didn’t feel the need to spend so much at a time when the financial condition of the industry is not upto the mark. Hence, they politely declined the idea. Akshay Kumar understood their point of view and agreed.”

Laxmmi Bomb is a remake of the popular Tamil film Muni 2: Kanchana and just like the original, it is also directed by Raghava Lawrence. The film is all set to release in the Diwali week, on November 9, on the streaming platform Disney+ Hotstar.