EXCLUSIVE: Bigg Boss 14’s ex-contestant Naina Singh says, “The makers did not show half the things that I did in the house”

Naina Singh was one of the wildcard entrants on Bigg Boss 14 along with Shardul Pandit and Kavita Kaushik. The actress entered the show soon after the toofani seniors, Sidharth Shukla, Hina Khan, and Gauahar Khan exited the house. However, Naina Singh’s fans had a lot of hopes for her since she was one of the winners of the reality show Splitzvilla. The actress was barely shown on-screen during her two-week-long stay in the house and was obviously disappointed by the fact that the makers had cut short her bits from the show. In an exclusive conversation with Bollywood Hungama, Naina Singh opened up about her experience on the show, her rapport with fellow contestants, and more. Here are some excerpts from our conversation. 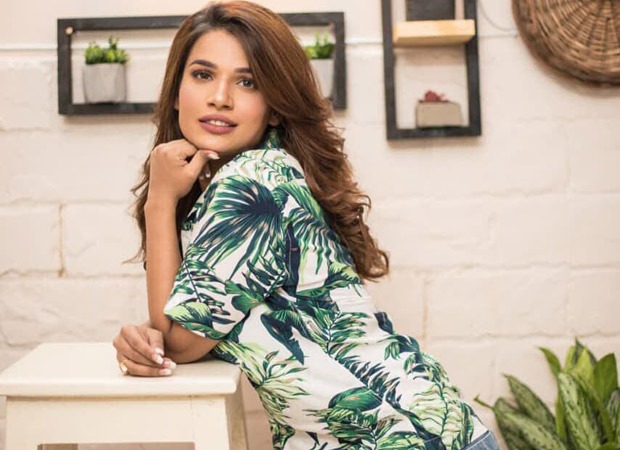 How was your experience on Bigg Boss 14?

“It was short and okay, I think it was going good. But, it was not an experience I think, it was a trial session. (laughs)”.

How did you manage to get by on the difficult days in the house?

“There were no difficult days in the house as such. I was friends with everyone. Difficulties happened when I came out of the house and realized that they have shown nothing, otherwise it was really cool.”

Did you think that your potential was not completely shown during your short stay in the house?

See, I did whatever I could have possibly done as being a wildcard. I was shocked when I came out and I saw that the footage was not there. It was very shocking for me because they did not show the bag task properly. I held the bag with one arm for over 30 minutes, they didn’t show it. There were other things as well, there were fights with so many people, so much content that I couldn’t see. So, I don’t know what else the makers were expecting out of me. People are saying that I have done nothing, now that I see the show I understand why they feel like that. But, in reality, I have done a lot more. Even the contestants in the house living already, haven’t done anything like that. So, it was their loss, not mine.”

Did you think your eviction was fair? Why?

No, it wasn’t fair. Because, the way you are showing me on television is different, and the way I have been in the house is different. I kept my opinions forth, I did my tasks right, and I entertained. When it comes to voting, I don’t think that when somebody plays the sympathy card or acts like a charity case, then it’s unfair. I don’t think whatever happened was right.

There are a lot of speculations regarding Eijaz Khan and his behaviour towards others in the house, what did you think of him?

I tried to respect him and I tried to be friends with him, but he is somebody you can’t be friends with. He’s a chameleon, he changes faces like you can’t even imagine. Din mein mujhse parathe banwa kar khaate they, aur raat ko meri hi burai karte they, so I don’t understand that man. Like I did so much for him and he has been badmouthing me.

When you came out of the show and went through the episodes, what is that one thing said about you by another contestant that irked you?

I think it was Eijaz, when he said that ‘Naina ko toh apne make-up ki padhi rehti hai, usne apna ghar bana liya hai’. First of all, who are you to judge me? Second of all, not everyone is going to talk about their depression and struggle. If I have reached somewhere then it took my hard work and a lot of struggle. I have been through depression but I’m not going to talk about it on national television because I’m not there to become a charity case, or to gain sympathy. I’m there to show my personality and I am a strong woman. By the end of the day, I will be shown as a strong woman. So, this was all unfair and I don’t think Eijaz has the right to talk about me without knowing me, my struggle, and my life. I think because of him only the game changed for me.

If given a chance, would you like to come back in the house?

I really don’t want to go back to the show, because, imagine if they have not shown me even a little in the two weeks that I stayed there, then I really don’t want to waste my time anymore. I think I wasted my time during quarantine and in the show. So, I’d rather be outside and focus on my work rather than being in the house and be shown as a fool. I spent more time in quarantine than I did in the house. I didn’t get a chance to do anything. There was the red zone, though Nikki Tamboli performed the immunity task really well, it was supposed to be our task and we didn’t get to do it. I think I didn’t get a fair chance to play, so I really don’t care about going back.

One activity or habit you did not like of the fellow contestants during your stay?

To be honest, everyone became my friend in the house except Eijaz Khan. He pretended to be my friend, more like a well-wisher. But, he’s terrible in being one. Other than that, there was nothing that I hated about being in the house. Everybody kept saying that Nikki Tamboli is a difficult person, but I became friends even with her and she cried during my exit. I’m happy with the way I went, I went in with a class and I walked out with class. So, it’s not a loss for me.