Anushka Sharma's photoshoot with Vogue Magazine is getting love 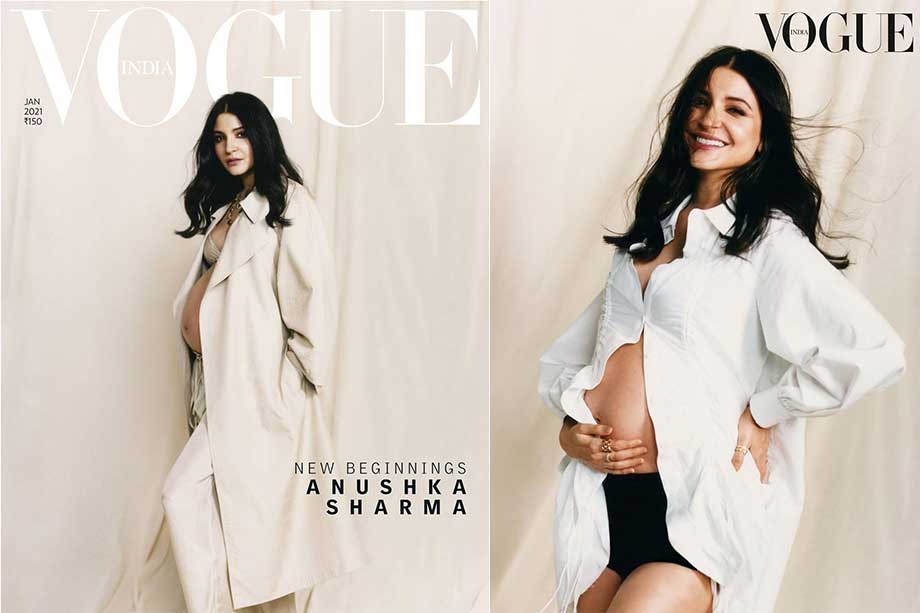 Actor Anushka Sharma will soon become a mother and has posed with her baby bump for a Vogue magazine. Anushka talked to the VOGUE MAGAZINE about her pregnancy journey, her hopes for the baby, how she got support from her girlfriends, and the balanced worldview she wishes to instill in her child.

Anushka shared the magazine’s cover on Instagram and captioned, “Capturing this for myself , for life ! @vogueindia , this was fun.” In the picture, Anushka is seen wearing a bralette and a pair of flared pants. She is also wearing a large, cream-coloured coat.

Taking to Vogue magazine, she revealed all the perks of being pregnant during the lockdown. She said that due to it, her husband, cricketer Virat Kohli was by her side and no one realised that she was pregnant as they were staying indoors. “The pandemic has been a weird blessing in a way. Virat was around and I could keep it a secret. We only left to go to the doctor’s clinic. No one was on the streets so we couldn’t be spotted,” she said. Anushka added that during the initial days of her pregnancy, she was in the middle of Bulbbul promotions during a Zoom call when she suddenly felt unwell and nauseous. “I quickly turned off my video and messaged my brother (Karnesh Sharma, co-producer), who was also on the call, to stall them for ten minutes. If I had been on set or in a studio, everyone would have known,” she said.

Anushka is due in January. She has said that after her delivery, she will return to work from May.