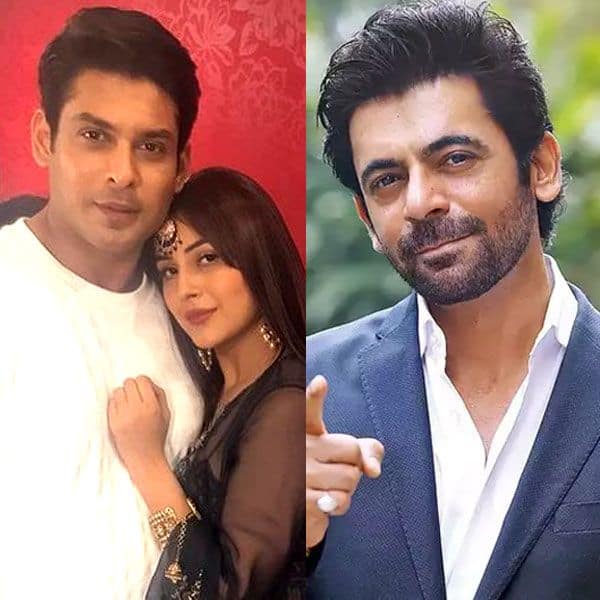 Saturday is here and we know fans are eagerly waiting to know what had happened in the television industry. It is time to look at the week that has passed and know the important news from the telly town. Bigg Boss 14's finale week, Sunil Grover not returning to The Kapil Sharma Show, Shehnaaz Gill's film and #SidNaaz wallpaper, we are here with our list of the TV newsmakers of the week. Without further ado, let's check them out:

Bigg Boss 14's finale week has begun and even in the last week, there has been a lot of drama. After a long wait, Rahul Vaidya finally got his answer from Disha Parmar as she entered the house and said yes. Devoleena Bhattacharjee who had entered as Eijaz Khan's proxy was eliminated from the house and we got the top five of the show. Rahul Vaidya, Aly Goni, Rakhi Sawant, Rubina Dilaik and Nikki Tamboli are in the top five for now. In this week, we saw all the housemates getting along well and surprisingly Rahul and Rubina have become friends. Talking about the contestants outside, Abhinav Shukla spoke about Jasmin Bhasin's behaviour towards her and Rubina. He said that he does not know Jasmin Bhasin.

There has been a lot of news about Sunil Grover returning to The Kapil Sharma Show and that Salman Khan who the producer of The Kapil Sharma Show had turned peacemaker between Sunil Grover and Kapil Sharma. BollywoodLife got in touch with its own source close to Sunil Grover. The source said, "It is amusing how every now and then there are reports that someone or the other has called him (Sunil) when there is no truth to it. There are no such discussions going on." Opening up about Sunil Grover's possible return to The Kapil Sharma Show, our source added, "Everything else aside, Sunil wants to take a break from doing comedy. He wants to show the audience what he is capable of as an actor and win them with his versatility this time. While playing Gutthi (his signature character of a transvestite on The Kapil Sharma Show) gave him a lot of love and popularity, he found himself getting restricted to one genre, whereas he is capable of so much more. And since it is a comedy show, returning to it anytime soon doesn't fit in his plans right now."

Shehnaaz Gill is over the moon. Shehnaaz Gill has flown down to Canada for her upcoming film. While people were wondering about the project, Diljit Dosanjh decided to end the mystery. He has posted an announcement on social media about his new film. It is titled Honsla Rakh with Diljit Dosanjh and Sonam Bajwa in main roles. Shehnaaz Gill and Shenda Grewal are also a part of the movie. It is being made by Amarjit Singh Sharon. Another reason why Shehnaaz has been in the news is that while she was spotted at Airport by the paparazzi as she left for Canada. She was dressed in an all-black ensemble with a cap. However, something else caught the attention of #SidNaaz fans. It was the wallpaper on her phone screen. Fans pointed out that it was a click of Sidharth Shukla and her from what seems like Diwali celebration.

Bhabiji Ghar Par Hain has been in the news recently. The show won the title of 'The Landmark Show on TV' at an awards function. On this occasion, Rohitashv Gour in an interview with ETimes spoke about this big achievement. He said, "As I speak on behalf of all the cast members Aasif Sheikh (Vibhuti Narayan Mishra), Shubhangi Atre (Angoori Bhabhi), Nehha Pendse (Anita Bhabhi) and others, I extend my heartfelt congratulations to the team who tirelessly work towards delivering the very best. The recognition, response and love we receive is phenomenal and this only makes us want to reach greater heights. Thank you to the jury for awarding us with this title."

Pooja Gor starrer Mann Ki Awaz Pratigya which focused on a young woman's fight against the stereotypical mindset around her will be returning back with a new season. As per reports in ETimes, Pooja Gor will continue to play the title role. Other characters, Krishna Singh (Arhaan Bhell) and Sajjan Singh (Anupam Shyam) have also been retained on the show. Pratigya was a story of a girl named Pratigya, who was forced to marry her stalker, Krishna, a local goon. Although she falls in love with him eventually, she continues protesting against the male domination at her in-laws' home. However, nothing has been confirmed. The show will be produced by Rajan Shahi and Pearl Grey as the creative producer.