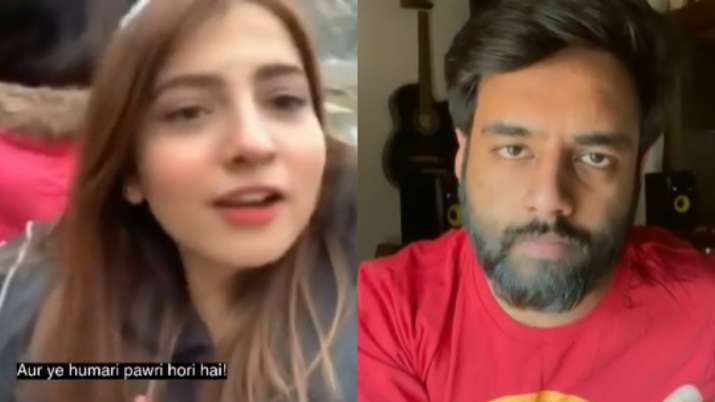 One of the top hashtags on Indian Twitter right now is #pawrihorihai with nearly 17,000 tweets - and the hilarious trend owes its existence to a viral video by Pakistani influencer Dananeer. Dananeer, who divides her time between Islamabad and Peshawar, has a following of over 4 lakh on Instagram, where she often posts videos mocking 'burgers'. A 'burger' or 'burger bacha' in Pakistan is slang for people who try to emulate Western culture.

In a video posted on Instagram earlier this month, Dananeer was seen pointing first to her car and then to her friends before explaining to viewers that the group was partying. "Yeh humari car hai, yeh hum hain, aur yeh humari pawri ho rahi hai (This is our car, this is us and this is our party going on)" she says in the short clip which has exploded online.

Her video - and especially her pronunciation of the word "party" - sparked a huge buzz on social media last week, triggering a trend which has now seen participation from several social media-savvy brands and companies.

The #pawrihorihai trend has inspired some of the funniest posts from celebs, brands, banks and even government agencies. Take a look:

You may not be able to 'PAWRI' like that, but you can join our party to bust fake news! #pawrihoraihai #PIBFactcheck pic.twitter.com/0pFB24WBet

Which post made you laugh? Let us know using the comments section.