Radhe - Your Most Wanted Bhai: Anupamaa actor roped in for crucial role in the Salman Khan starrer 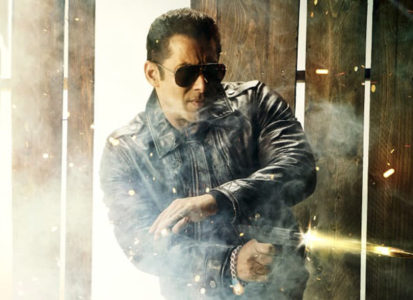 Salman Khan's Radhe - Your Most Wanted Bhai has been the most awaited film of the year. It was supposed to release last year on Eid but was pushed due to the coronavirus outbreak in the country. Now, the film will be releasing on Eid this year. The film is an action entertainer. Radhe: Your Most Wanted Bhai also stars Disha Patani, Randeep Hooda and Gautam Gulati. Not just them, Sudhanshu Pandey who plays the lead role is the television's top rated show, Anupamaa is also a part of the film. He will be making a special appearance in the film. In an interview with ETimes, Sudhanshu Pandey said, "I shot for Radhe long ago and finished dubbing for it in January. I will be seen in a negative avatar. It's more of a glorified special appearance."

Sudhanshu Pandey revealed that he had decided he will not make any special appearance in any film but couldn't say no to Prabhu Deva. He shared, "Earlier, I had shot for a Tamil film, which featured Prabhu Deva as the hero, and I played the villain. He had probably kept me in mind, and later, approached me through a casting agency for Radhe. Although I am averse to playing character roles or making special appearances because I have done that quite a lot, I made an exception for Prabhu. I did this film only for him." He also spoke about his bond with Prabhu Deva. He said, "My equation with Prabhu Deva is professional. I have always admired him as an artiste, and I am glad that I got to know him slightly better while shooting for the Tamil film."

Sudhanshu Pandey also said that the delay in the release of Radhe - Your Most Wanted Bhai is justified as it is a big film. He said, "The film couldn't be completed because of the pandemic. The team resumed shoot post the lockdown, but it was and still is a challenging time. When you have given your sweat and blood to a project, you would obviously want to release it at the right time."