Veteran actor Anupam Kher has exited the NBC medical drama New Amsterdam as a series regular. The news was confirmed by Deadline on April 14 after season 3’s latest episode aired where his character Dr. Vijay Kapoor resigned from his duties in the series. In the current season, the doctors are dealing with the COVID-19 pandemic. Kher appeared in David Schulner’s series since it first aired in 2018. 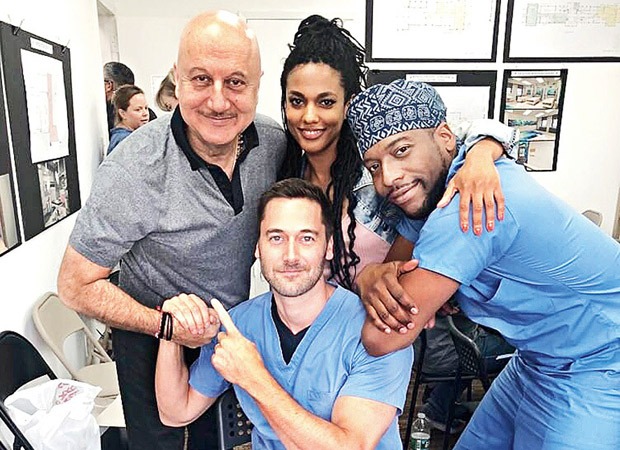 The news comes in a few weeks after Anupam Kher confirmed that his wife Kirron Kher is battling blood cancer.  In a statement, he said, “Just so that rumours don’t get the better of a situation Sikandar and I would like to inform everyone that Kirron has been diagnosed with multiple myeloma, a type of blood cancer. She is currently undergoing treatment and we are sure she will come out of this stronger than before. We are very blessed that she is being looked after by a phenomenal set of doctors. She’s always been a fighter and takes things head on.”

“She’s all heart and that’s why she has so many people that love her. So keep sending your love to her in your prayers and in your heart. She is well on her way to recovery and we thank everyone for their support and love,” Anupam wrote.

Chandigarh’s BJP president Arun Sood spoke in detail about her medical condition during a press conference. He said, “She had suffered a broken left arm at her Chandigarh house on November 11 last year. After her medical tests at the Post Graduate Institute of Medical Education and Research (PGIMER) in Chandigarh, she was diagnosed with multiple myeloma. The disease had spread to her left arm and right shoulder. For treatment, she had to go to Mumbai on December 4. Even though she is recovering after her four-month treatment and no longer admitted at Kokilaben Hospital, Mumbai, she has to visit the hospital regularly for treatment.”

Based on the book Twelve Patients: Life and Death at Bellevue Hospital by Eric Manheimer, New Amsterdam premiered in 2018. In January 2020, the medical drama was renewed for three additional seasons.