Anupamaa: Rupali Ganguly on what made her take up the character; reveals the show gave her a fantastic and fabulous comeback 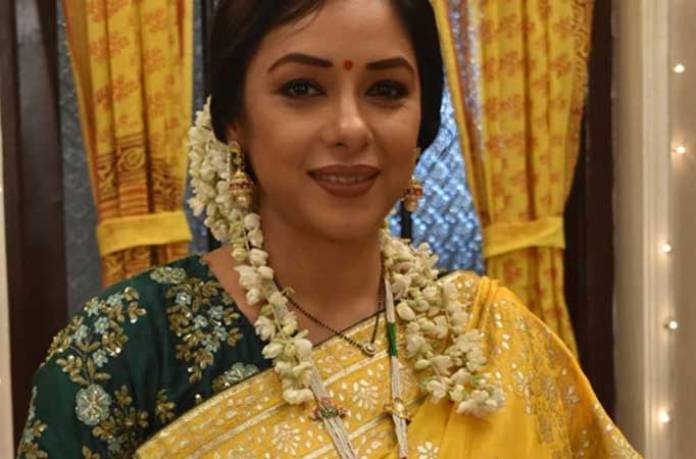 Rupali Ganguly made a comeback on television with Anupamaa last year. The show has received immense love from the audience and is doing exceptionally well on the TRP charts. Rupali Ganguly has won hearts as Anupamaa in the show. She has been appreciated for her performance. It has been more than two decades since she is in the entertainment industry. Her journey has been full of ups and downs. The actor feels blessed and proud of the way her journey has created a path. "I started at the age of four in one of my father's (Anil Ganguly; director-screenwriter) movies where I played Dina Pathak's daughter and I remember there was Mithun Chakraborty in the film. Mithun uncle practically worked in all of my dad's films. When I was 7, there was a film Saheb where I just had to run into the house and touch Rakhi aunt's feet and then run back inside. That was the privileged debut that I did onscreen. My first Bengali film was Balidan. I was paired opposite Tapas Paul in it. My father was particular about my studies and said I need to finish college before getting back to acting," said Rupali in a statement.

She finished college and started modelling. Soon television happened and Rupali got to work with some of the best in the business. Among the many popular shows that she has been a part of, the ones closest to her heart are Sarabhai Vs Sarabhai and Anupamaa. "The first character that will be on my epitaph is Monisha from Sarabhai VS Sarabhai. I've probably shot for the show 12-14 years back but as a team, we're still close, we talk about the show every day. Fans still watch the show online and whenever the rerun happens. The second character is Anupamaa because it has taught me my self-worth, my range as an actor. It has probably given me my due, finally. It has given me the opportunity to showcase the terrific Bengali genes or should I say my father's filmy genes," she adds. She also spoke about her co-stars from Sarabhai Vs Sarabhai. She said, "Working with them has been my highest point in life because they both taught and pampered me throughout the journey. Whenever Ratna ji travels, she still makes sure to pick up something for Rudra (Rupali's son) and me. They are family, the same way Anupamaa is my family now."

Talking about playing the titular role in Anupamaa, Ganguly adds, "When I signed for the show, I knew the protagonist is a mother and this story is about how mothers are under-appreciated and how her husband is also having an affair outside and she is oblivious to the fact and takes everything that comes her way with a smile. The beauty of the role is what got me hooked to it. Anupamaa gave me a fantastic and fabulous comeback, not everyone gets such an opportunity," she says.