Boney Kapoor opens up about building the sets of Maidaan for the third time; says he might start crying thinking about the loss

The coastal regions of Maharashtra including the city of Mumbai were hit by the cyclone Tauktae on May 17. The cyclone led to the death of many and also caused immense property damage on the western coast of India. The cyclone also damaged the sets of several films including Ajay Devgn’s Maidaan which was built on the outskirts of Mumbai. 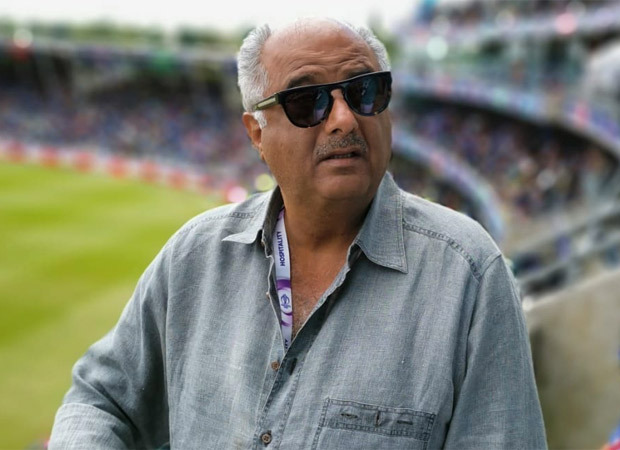 In a recent interview with a daily, producer Boney Kapoor spoke about having to put up the sets for the third time. The set had to dismantle last year owing to the COVID-19 pandemic-induced lockdown. He said that 70-80% of the set was destroyed. He said that what he is going through is horrible and does not want to be reminded of it.

Kapoor further said that if he thinks about his feelings or the loss, he might start crying. He also said that thinking about the budget overshooting and expenses piling up, he might go into depression. He added that he does not even want to look at the set.

Boney is also trying to stay positive amid this and is grateful that there were no casualties on the set as there were 40-50 people on set at the time the cyclone hit the city.

Maidaan is based on the life of the football player, late Syed Abdul Rahim. Directed by Amit Sharma and produced by Boney Kapoor, the film also stars Priyamani.

The post Boney Kapoor opens up about building the sets of Maidaan for the third time; says he might start crying thinking about the loss appeared first on Bollywood Hungama.