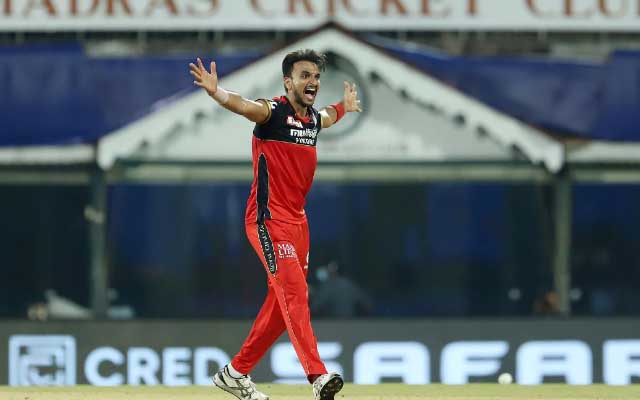 The Indian Premier League 2021 got postponed midway due to the COVID-19 scare across the teams. Prioritizing the safety and health of players, calling it off for meanwhile seemed like a perfect measure. However, till the time it was on, it gave fans all the reasons to smile and relax back at home. The interrupted season saw many batting and bowling masterclass from young players.

It would have been a proud moment for the franchises when the star performances came from the end of uncapped players. Since IPL has always been a staircase for young players to big platforms in the future, we will definitely be seeing some players in the international arena soon. On that note, let’s take a look at-

Uncapped cricketers from IPL 2021 that may get capped soon

The young boy from Karnataka has been ruling the batting charts of Royal Challengers Bangalore for two years now. It was only the last year that he stepped into the IPL world and owned it like a star. In his debut season only, he smashed 473 runs at a strike rate of 124.80 averaging 31.53.

He opened the side for RCB even this year alongside skipper Virat Kohli and that instilled him with a lot of confidence. He continued his fiery show in the 2021 season as well as he acquired 195 runs in the six games at a strike in excess of 150. He also smashed a century this season to mark the game on his name.

Keeping in line with his exploits in IPL and that too in such a short span of time, he is too likely to don Indian colours soon. His T20 and First-class records also speak volumes about the talent he possesses. People may soon see him flaunting his skills for the national team.

Avesh Khan turned out to be the biggest bowling sensation for Delhi Capitals in IPL 2021 season. He was one of the top contenders of the purple cap in the interrupted session of IPL as he had 14 wickets under his belt in the eight games he played at an economy of 7.70.

He was with Royal Challengers Bangalore in his debut IPL season and didn’t get a fair share of chance. He was roped in by Delhi in the subsequent season and again didn’t get a full-fledged chance before the 2021 edition. However, things changed this season as he started shining right from day one.

Since fine pacers are always in demand in the Indian team, we can soon see him flaunting the Indian jersey. His records in the domestic circuit are also impressive and he was the highest wicket-taker for Madhya Pradesh in the 2018-19 Ranji Trophy season.

If the bowling performances are to be taken into consideration from IPL 2021, nobody can forget the showman of RCB, Harshal Patel. Patel was the purple cap holder of the season (till it got suspended) with 17 wickets in seven games.

His classic game started right from the first match of RCB where they played the season opener against Mumbai Indians. Patel bagged a classy fifer to cut the run flow of defending champions. Though some of his overs went extremely costly, his consistency in the league kept him moving.

While he had a dream run in the 14th edition, he has been plying his trade in the Indian T20 league since 2012. The Gujarat man can truly be expected in the Indian side real soon. His deadly pace attack can help the national team achieve several trophies in the future.

The young bowler from Gujarat, Chetan Sakariya, marked his debut in the Indian Premier League with Rajasthan Royals. Owing to his top-class spell in first-class cricket, RR bought him in the 2021 auction at a whopping 1.2 crore.

Sakariya bagged a five-wicket haul in his debut Ranji match during the 2018-19 season. However, hardships started circling his life when his brother committed suicide while he was playing the latest edition of the Syed Mushtaq Ali Trophy.

Sakariya flaunted his class in the 2021 edition of the league as he picked seven wickets in seven games at an economy of 8.22. The left-arm pacer has always been India’s search and he might be able to able to replicate his class and skills for the national team soon.

Chakravarthy has just been missing the Indian side by close inches. The mystery spinner bagged too much limelight in the 13th edition of the league as he produced some top-class spells. Due to the same, he was given a chance by the Indian team for their tour to Australia.

However, the spinner couldn’t make it to the T20I squad as he was ruled out due to an injury. Next, he got called for India’s home series against England but missed out again due to fitness concerns. However, he again showed his classy spin attack in the 2021 edition for KKR.

Keeping in line with his constant performance in the IPL and also in the domestic circuit, he is most likely to land in India’s squad very soon. He was also the leading wicket-taker in the 2018-19 season of Vijay Hazare Trophy with 22 dismissals to his name.