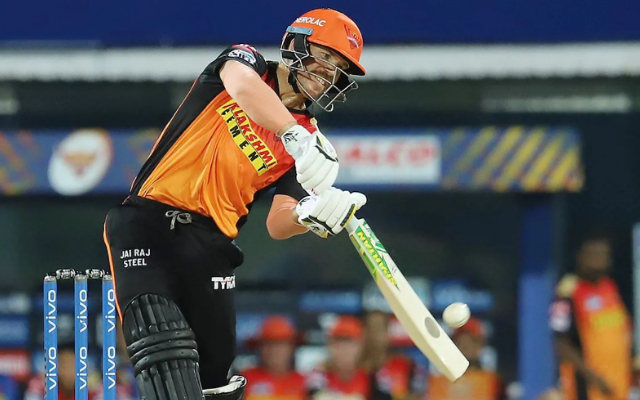 David Warner’s removal from the role of captain of the Sunrisers Hyderabad (SRH) side has come as a shock to many in the cricketing world. The SRH franchise decided to not only take away the captaincy duties from Warner, but they also left him out of their playing XI against Rajasthan Royals as well.

And now, former Australian cricketer and bowling legend Brett Lee has expressed his shock over Warner getting the axe from the playing XI in Hyderabad’s clash against the Rajasthan Royals (RR) side.

Stating that he is shocked by the decision taken by SRH, Lee opined that even though Warner has not been in the best of form in the 14th edition of the IPL, he has still managed to win the Orange Cap award a number of times.

“I’m actually shocked that David Warner was not included in the XI. I know he hasn’t been playing his best form of cricket in terms of his strike rate this season but he’s always been there and there about with the Orange Cap party,” said Brett Lee on a chat with Star Sports.

Brett Lee further added that David Warner has scored runs throughout his IPL career, and opined that Warner will surely not be happy with this decision. Lee also said that all Warner can do now is support his team from outside. The 44-year-old concluded by stating that he hopes that the ‘Orange Army’ finds some momentum.

“He has scored runs throughout the IPL. Tell you what, he’s not happy. He would not be happy but all he can do now is be a good team player and support his team and hopefully for the Sunrisers, they can find some momentum,” concluded Brett Lee.

David Warner is one of the most successful batsmen in the history of the Indian Premier League (IPL). The left-hander has scored 5447 runs in IPL cricket, and has scored them at an average in excess of 40. He is also the only batsman in IPL history to have scored 50 fifties in the IPL.