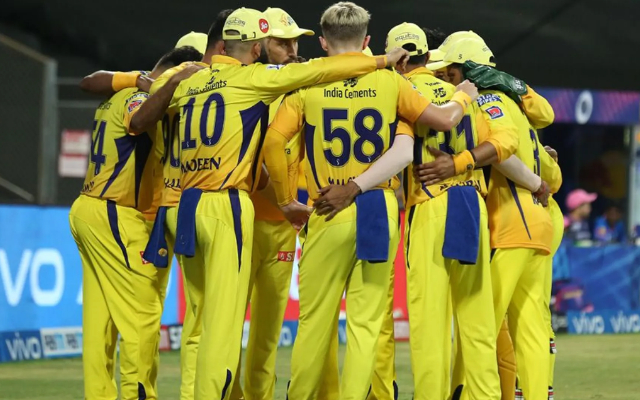 The FOB devices purchased by the BCCI from a Chennai company meant to track the movement of the individual player inside the Bio-Bubble have been found faulty and termed “substandard” by the franchises.

The FOB, a tracking device that works on GPS, is a wrist band that has to be worn by each individual in the IPL ecosystem. The device works on Bluetooth and collects the data from the device to track all movement of the person wearing it, which can be received and accessed on a mobile application named ‘bio-bubble’.

The device has been criticized by several members after it was found to track nothing at all. “A franchise travelled from one city to another. It asked for the movement data. The company sent the data of the city where the franchise was based before the trip. The FOB did not even register that the franchise had travelled to another city.”

This comes between severe problems being faced by the BCCI due to multiple Covid-19 cases being reported inside the IPL bio-bubble, which was considered to be the safest of all. Notably, two players, Sandeep Warrier and Varun Chakravarthy tested positive for the virus that led to the rescheduling of Monday’s clash between Kolkata Knight Riders and Royal Challengers Bangalore, as the latter were not “keen to take the field” after knowing about positive cases in the opposite camp.

Later the same day, news emerged about three staff members returning Covid-19 positive. As per recent developments, CSK has refused to play their next encounter against Rajasthan Royals. Communicating the same to BCCI, the franchise said that they can take field only after all the players who came in contact with the positive staff members return a negative test as per BCCIs SOPs.

The SOPs lay down that any person who comes in close contact with a Covid positive person needs to mandatorily go under a seven-day quarantine and get tested on days one, three, and six in that period. Until all of those tests give a negative result, the person cannot stay with other staff and team members inside the bubble.