Due to the rapid rise in the number or Corona victims in India, actor Karanvir Bohra who is currently in Canada with his wife and three daughters has decided to postpone his return to India. “We were booked to return to India on 4 May. But all our friends and relatives have advised us against returning at this point specially with a newly-born baby. So we’ve postponed our return home to the end of the month. Hopefully the virus would have slowed down by then,” says Karanvir. 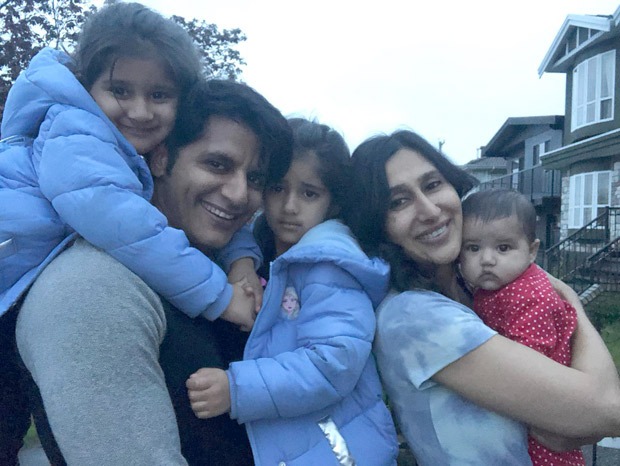 His wife Teejay left for Vancouver in November 2020 to have their third baby. A third baby girl was born to Karanvir and Teejay on December 21, 2020 in Vancouver.

Now the family is getting restless to return home. Says Karanvir, “I was back in India while my family was here in Canada. I even shot a film while in Mumbai called Pataal Paani. Then I had to come back to Canada to get my wife and daughters, as out ticket was for the 4th of May. I flew out of India before the Covid surge. After that the craziest things have happened. Now we had to cancel our tickets”

Also Read: Karanvir Bohra couldn’t be in a happier space