Khatron Ke Khiladi 11: Sourabh Raaj Jain has a fan moment after meeting Shweta Tiwari; recalls the moment when he used to rush to watch Kasautii Zinda 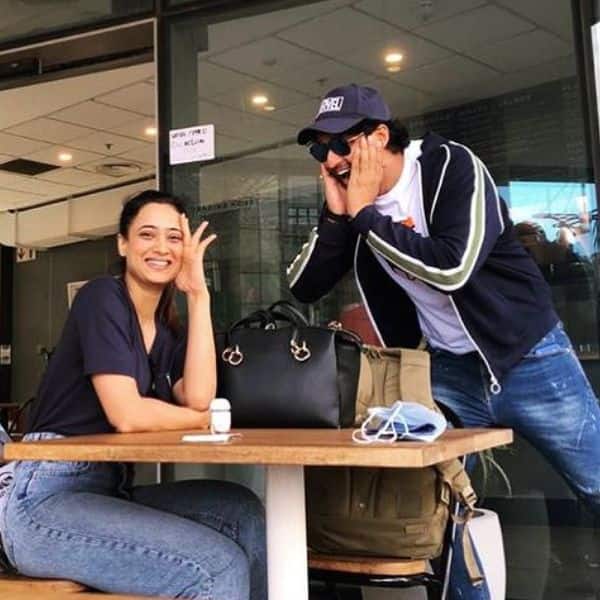 Sourabh Raaj Jain posted some adorable pictures on Instagram with Shweta Tiwari and wrote, "I remember when I was in 12th standard in boarding school, as soon as the clock struck to 8:30 PM we would rush to our wardens window to look at his television set just for Shweta ji. We were all in awe of her in the days of Kasautii Zindagii Ki. And trust me the first time I met her on this show, I had my fan moment. I told her about those days and she of course was as humble as ever. Its an honour to share the screen with someone you have admired and watched on screen..@shweta.tiwari #KKK11 #SRJinFF #FanMoment." Shweta Tiwari also commented on the post and wrote, "This is so sweet Saurabh... People let me tell you something about this man here..He is as committed to his family as he is to his work..! He is Very focused and hardworking and A True Family Man!"

Earlier, in an exclusive interview with BollywoodLife, Sourabh Raaj Jain spoke about his participation in the show. He revealed that he has been offered the show earlier as well. The actor shared that he wants to do a stunt that involves a chopper as it will be a lifetime memory for him. He also revealed why he is participating in the show. He said that he is doing the show for his kids who might not understand the show right now but he wants them to see their father doing stunts. The Patiala Babes actor also shared his excitement on working with Rohit Shetty.