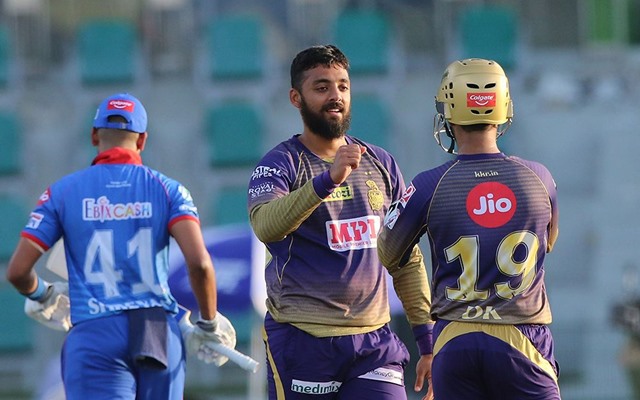 The COVID-19 scare has hit the ongoing Indian Premier League (IPL) season. After 29 matches of the tournament went unscathed amid the surge in cases in the country, the 30th match between Kolkata Knight Riders (KKR) and Royal Challengers Bangalore (RCB) has been postponed. Several KKR players are unwell while it is understood that two cricketers Sandeep Warrier and Varun Chakravarthy have been tested positive for COVID-19.

It is surprising that the virus has entered the bubble given the strict protocols set by the Board of Control for Cricket in India (BCCI). But now the KKR players and the support staff are in isolation given the current situation.

ESPNCricinfo reported that Varun Chakravarthy and Sandeep Warrier returned positive results for the virus. In the bubble, players are getting tested almost once in two days while they were in no contact with the outside world.

Meanwhile, ESPNCricinfo has also reported that the spinner Varun Chakravarthy had gone out of the bio-bubble to a hospital for a scan on his shoulder. It is being speculated that this is where he might have picked up the infection. Moreover, it is also understood that the rest of the KKR contingent has tested negative for the virus. It has also been reported that being wary of the situation, RCB refused to take the field on Monday against KKR.

This is the first instance of the positive COVID-19 cases within the bio-bubble in the IPL 2021 even as the BCCI or the franchise is yet to issue any official statement. As far as the IPL is concerned, the KKR are currently at the seventh position in the points table with two wins from seven matches. The Eoin Morgan-led side is already struggling in the tournament.

It remains to be seen if the IPL goes ahead in this situation. Earlier there were calls for the competition to be stopped given the tense situation in the country with India reporting more than 3 lakh cases daily over the last week or so.