Reports: Ravichandran Ashwin to join Delhi Capitals for the last leg of IPL 2021 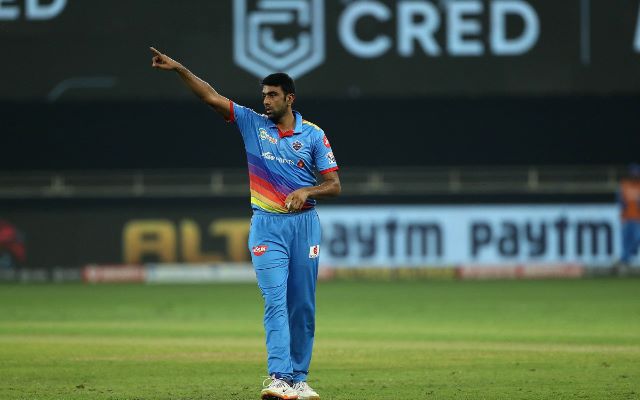 Reports suggest that Indian spinner and Delhi Capitals player Ravichandran Ashwin will re-join his IPL team for the final leg of the tournament after having taken a break mid-way through the ongoing season. Ashwin had announced last month that he is leaving the IPL bio-bubble to be with his family.

It was later revealed by Preethi Ashwin, his wife, that multiple members of their families had contracted the deadly virus and are undergoing treatment for the same and therefore Ashwin chose to be alongside them in such a time of crisis.

“I would be taking a break from this year’s IPL from tomorrow,” Ashwin told after his team’s match against Sunrisers Hyderabad on April 25. My family and extended family are putting up a fight against #COVID19 and I want to support them during these tough times.”

For their final leg of IPL 2021, the Delhi Capitals are supposed to be in Kolkata, where they are scheduled to play five matches starting with Rajasthan Royals, followed by Royal Challengers Bangalore, Sunrisers Hyderabad, Chennai Super Kings, and lastly the defending champions Mumbai Indians.

If in case Ashwin opts to join his team, he will have to undergo a mandatory seven-day period of quarantine and return a negative test for coronavirus as per the BCCI SOPs before being allowed re-entry into the team bio-bubble that leads to the link up with the squad.

Meanwhile, with IPL reporting multiple cases of coronavirus, a situation of confusion is arising with questions over the future of the season. With BCCI having already cancelled a scheduled match on Monday between Kolkata Knight Riders and RCB in Ahmedabad after two KKR players turned Covid-19 positive, the original schedule of the tournament has already undergone a minor change.

As per recent reports, the BCCI is now facing a scheduling nightmare and is mulling over shifting the tournament to Mumbai, which has three venues. Notably, the first leg of this edition was conducted in Mumbai and Chennai before the teams moved to Ahmedabad and Delhi, whereas the next two venues are Benagaluru and Kolkata.