SCOOP: Atlee gave the final narration of his next to Shah Rukh Khan last month in Mumbai?

Superstar Shah Rukh Khan had released his much awaited flick, Zero, in December 2018. But the unconventional entertainer failed to impress audiences. Saddened by its dismal box office performance, the actor took a sabbatical and decided to come back with a solid entertainer. One expected the actor to be away from the arc lights for a few months. However, the sabbatical stretched to almost 23 months. The lockdown also played a part in it. Finally, Shah Rukh Khan got back on the sets with Pathan in November 2020. It features SRK in the role of a secret agent and is a part of the spy universe of Yash Raj Films (YRF). The buzz for the film increased after it came to light that Deepika Padukone and John Abraham have also come on board and also that Salman Khan will be seen in a special appearance. Salman will reprise his role of Tiger and the excitement of seeing both the Khans together has made Pathan a hot film already. 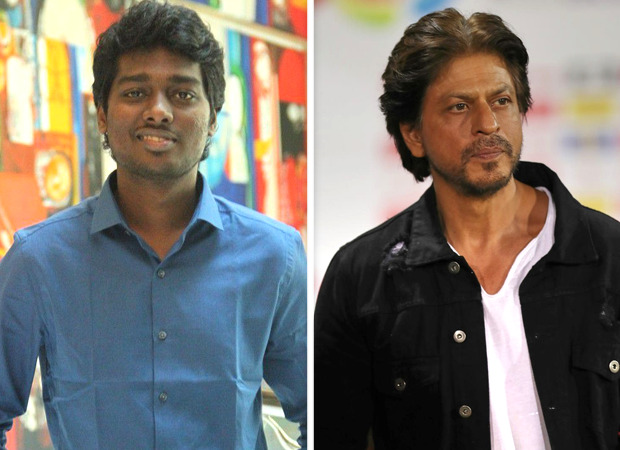 The shoot of Pathan has got pushed due to the second wave of the Covid-19 pandemic. Director Siddharth Anand plans to resume shooting as soon as the authorities give the go-ahead. Meanwhile, if reports are to be believed, then Shah Rukh Khan is already making plans for his next film after Pathan. And his next would be with popular director of South, Atlee. A source reveals, “Last month, before the lockdown became stringent in Mumbai, Atlee had flown down from Chennai. He met Shah Rukh and gave the final narration of his script.”

While no further details are available about the outcome of the meeting, the source says, “This meeting is an indication that the film is very much on. If all goes well, then Shah Rukh Khan will begin shooting for Atlee’s next by the end of 2021.”

Bollywood Hungama, in October 2019, was one of the first ones to break the news that both SRK and Atlee are coming together for a film. The source adds, “After a point, when no further updates came in, many speculated that the film will not materialize or that it has got shelved. But that was never the case. The scripting took time while the lockdown also played spoilsport. And then when SRK was offered Pathan, he decided to go for it.”

A trade expert tells us, “Shah Rukh Khan has also signed Rajkumar Hirani’s next. At this point, we can’t say if this flick or Atlee’s film will be SRK’s next after Pathan. But he has a great line-up for sure. All three seem massy entertainers and if made well, can bring in a lot of moolah.”

The post SCOOP: Atlee gave the final narration of his next to Shah Rukh Khan last month in Mumbai? appeared first on Bollywood Hungama.