Super Dancer Chapter 4: Geeta Kapur FINALLY reacts to her wedding rumours – here's what she has to say

Super Dancer Chapter 4: Geeta Kapur FINALLY reacts to her wedding rumours – here's what she has to say 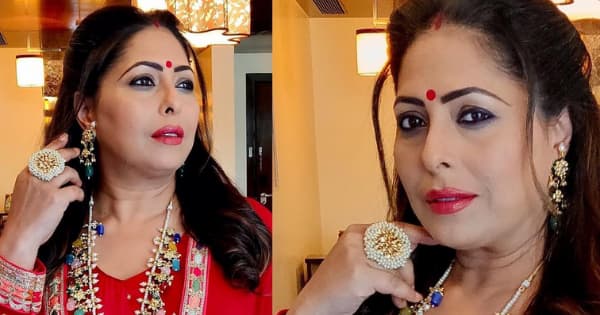 Geeta Kapur who is currently shooting for Super Dancer Chapter 4 took social media by a storm with her pictures. The celebrity choreographer had shared a couple of pictures on her gram and had sindoor (vermillion) applied on her forehead. Everyone knows that Geeta Kapur is single and with her indoor pictures, a lot of fans wondered whether she finally tied the knot. Let us assure y'all. That's not the case. Geeta Maa, as her bachchas fondly has addressed her wedding rumours. She even revealed the reason as to why she applied the sindoor and confirmed that it is not a photoshopped image.

Geeta Kapur addressed the wedding rumours in an interview with the Times of India. She was quick to respond and said, "No, I am not married! You know me well, if I get married, I won't hide it at all. Plus, how can I be married right now, I have just lost my mother a few months back. Of course, all this is not true."

The ace dancer-choreographer said that she is sporting sindoor for real and also revealed the reason behind it. "No, I am very much sporting the sindoor. The pictures are from the latest episode of the dance reality show Super Dancer 4. The episode was about the evergreen heroines of Bollywood, and we were dressing up like them. So as the world knows how fond I am of Rekha ji, I decided to dress up like her and since she wears sindoor, I too wore it," Geeta said.

"I have worn it in the past too. Since I am a lord Shiva bhakt (devotee), I put it on every Monday after pooja. On other occasions like Holi too, I have worn the sindoor. So putting sindoor is something that I have done several times in the past too," she added before signing off. What do you have to say about this? Let us know by tweeting @bollywood_life.