BREAKING: Radhe – Your Most Wanted Bhai releases in 2 cinemas in Maharashtra; 84 tickets sold on the first day; film collects Rs. 6017.86 in a day

One of the most awaited films of the year, Radhe – Your Most Wanted Bhai, released on Eid 2021, that is, on May 13, 2021. While it got a theatrical release in most of the overseas territories, moviegoers in India couldn’t get a chance to watch it on the big screen. This is because of the second wave of the Coronavirus pandemic, which prompted governments of almost all states to shut cinema halls. Eventually, Radhe – Your Most Wanted Bhai released only in the state of Tripura, in 3 cinemas – 2 in Agartala and 1 in Dharmanagar. From the 5th day, it ran only in the theatre at Dharmanagar as Agartala went into lockdown. The collections were meagre and the film was out of the theatre in a week. But on the positive side, it was heartening to see that despite being a peak Covid period, a few moviegoers did venture out to see the film on the big screen. 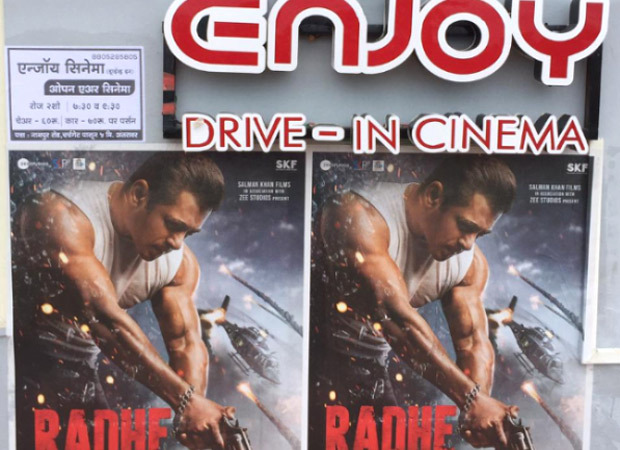 Last Friday, the government of Maharashtra announced that they will unlock the state by grading the districts on different levels. The districts and municipal corporations that had the least positivity rate and least oxygen bed occupancy fell in Level 1 while those with most cases were categorized in Level 5. The cities and districts which came under Level 1 and even Level 2 were allowed to open up a bit and interestingly, even theatres got the approval to resume operations. Unfortunately, due to lack of content and with major cities like Mumbai, Delhi etc still not getting the permission to reopen cinemas, the places under Level 1, too, preferred to keep their cinemas shut. 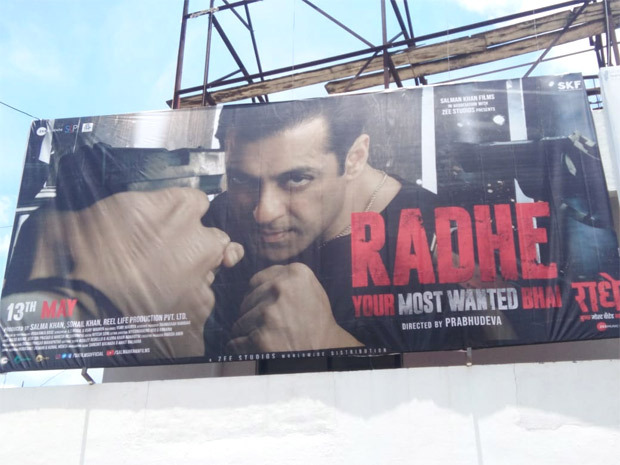 But yesterday, that is, on June 11, two cinema halls took the initiative to open up by releasing Radhe – Your Most Wanted Bhai. These two theatres are Enjoy, a Drive-in cinema at Malegaon, and the other is Khinvasara Cineplex (formerly Apsara Cinema) in Aurangabad. Zee Studios posted a picture of the Enjoy Drive-in cinema yesterday where a row of cars were seen for the 7:30 pm show of the Salman Khan starrer. This theatre is running two shows of the film daily, at 7:30 pm and 9:30 pm. Meanwhile, Khinvasara Cineplex will screen Radhe – Your Most Wanted Bhai four times in a day, at 12 noon, 3:00 pm, 6:15 pm and 9:30 pm.

When contacted, Tushar Tisage, owner of Drive-in cinema said, “For the 7:30 pm show, 22 people came to watch the film in the car while 40 viewers sat on the chairs.” He then revealed, “We had to cancel the 9:30 pm show as nobody turned up. I wish it had not come directly on OTT. Then the response would have been great. We had screened Mumbai Saga. It had released directly in cinemas and a lot of people had turned up to see it.”

Suhas Kotecha, manager of Khinvasara Cineplex, meanwhile told this writer, “We sold just 22 tickets across 4 shows yesterday. But we will still continue to show the film kyunki film release hone se hulchul ho jaati hai theatre mein. Even during the last lockdown, once cinemas were allowed to open in Maharashtra, we were the first ones in the state to resume operations.” He also said, “We’ll continue playing Radhe – Your Most Wanted Bhai till we don’t get new content. Maybe we’ll reduce from 4 shows to 2 shows a day. Lekin theatre bandh nahi rakhenge.” 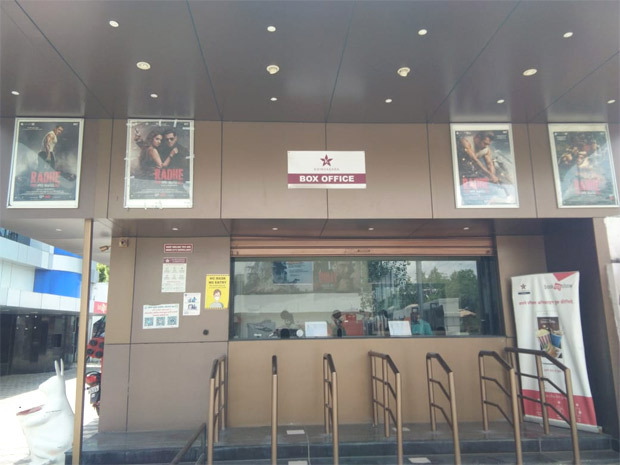 An industry insider meanwhile states, “The collections obviously won’t be record breaking as it has already come out since a month ago. Also, the response wasn’t encouraging. Yet, I am amazed that a small number of people are going for Radhe – Your Most Wanted Bhai even today. Its weekend time and that should add to the collections. What also helps is that it’s a film that warrants a big screen experience.”

Suhas Kotecha revealed, “We didn’t give any ad in the papers that we are releasing Radhe – Your Most Wanted Bhai. We got the posters only by late afternoon. Still, some people found out and came to see the film.”

Also Read: “If anybody thinks Salman Khan is over, that’s bullsh*t. All he needs is a worthy director and a good team of writers”: Post Radhe’s negative response, Trade suggests what the superstar should do to BOUNCE back – Part 2

The post BREAKING: Radhe – Your Most Wanted Bhai releases in 2 cinemas in Maharashtra; 84 tickets sold on the first day; film collects Rs. 6017.86 in a day appeared first on Bollywood Hungama.