Dilip Kumar gets discharged from the hospital after undergoing minor procedure

Veteran actor Dilip Kumar who was hospitalised on Sunday morning has been discharged from the hospital today. He underwent a minor procedure on Wednesday to remove fluid from his lungs. An update on his official Twitter account confirmed that the veteran actor will be returning home today. 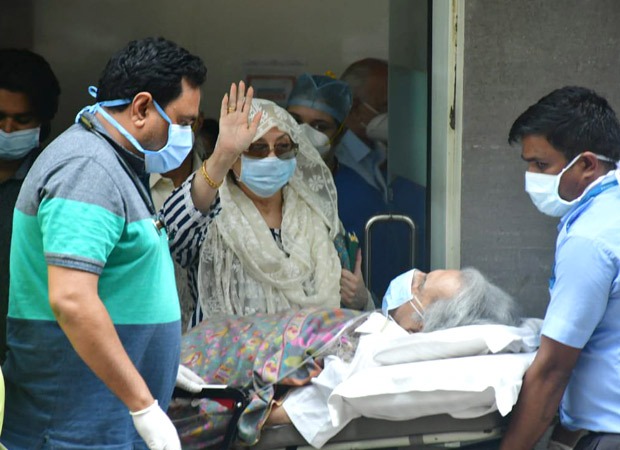 “With your love and affection, and your prayers, Dilip Saab is going home from the hospital. God’s infinite mercy and kindness through Drs. Gokhale, Parkar, Dr. Arun Shah, and the entire team at Hinduja Khar. –Faisal Farooqui,” read the tweet.

On Sunday, Dilip Kumar was admitted to the Non-COVID facility of Hinduja after he complained of breathlessness. After running a couple of tests, he was diagnosed with bilateral pleural effusion.

Earlier, when the 98-year-old actor was hospitalized his wife Saira Banu had issued a statement asking people to not believe in rumours about his ill health and asked people to keep him in their prayers. “Past few days my beloved husband, Yousuf Khan, has been unwell and recuperating at a hospital in Mumbai. Through this note, I want to thank all of you for keeping him in your prayers and for all the love and affection. My husband, my Kohinoor, our Dilip Kumar Sahab’s health is stable and doctors have assured me that he should be discharged soon. I urge you to not believe in rumours. While I ask you to pray for Sahab’s health, I am praying that Almighty keep all of you safe and healthy during this pandemic,” the note read.

Dilip Kumar made his acting debut with Jwar Bhata in 1944, and Saira Banu made her acting debut opposite Shammi Kapoor in the 1961 film Junglee. And both of them tied the knot in 1966.

The post Dilip Kumar gets discharged from the hospital after undergoing minor procedure appeared first on Bollywood Hungama.