Bollywood action star John Abraham, who plays the villain in YRF’s Pathan, has joined the shooting schedule and the fans are rejoicing. John will be shooting his portions with Shah Rukh Khan, who started the schedule last week as Mumbai started to unlock post the second coronavirus wave! Check out his image that has been clicked by a fan at the YRF Studios which proves that the macho action star has resumed his Pathan shoot. 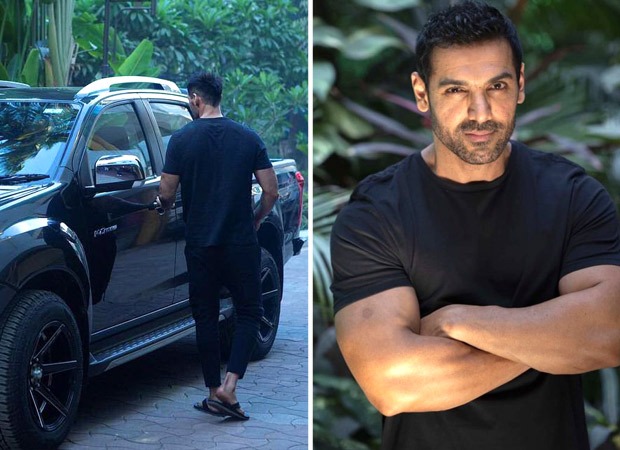 A top trade source reveals, “Aditya Chopra and Siddharth Anand is leaving no stone unturned to ensure that Pathan is an action-packed visual extravaganza. Siddharth is currently shooting some really intense and key portions of the film with Shah Rukh Khan and John at YRF Studios. Deepika Padukone will be joining the shoot in the next few days. We expect fireworks in this schedule as SRK and John come face to face for some blockbuster scenes in the film.”

Directed by Siddharth Anand, Pathan is soon set to start its overseas schedule where the crew will shoot some jaw-dropping action sequences.