It was recently revealed that Akshay Kumar and producer, Ashwin Varde are reuniting to take the Oh My God Franchise forward with OMG: Oh My God 2. It was also reported that Pankaj Tripathi will be replacing Paresh Rawal in the sequel, whereas Akshay will continue to make an appearance in his God avatar. We independently verified this news from our sources too, who confirmed the development and also gave some more inputs about this much awaited project. 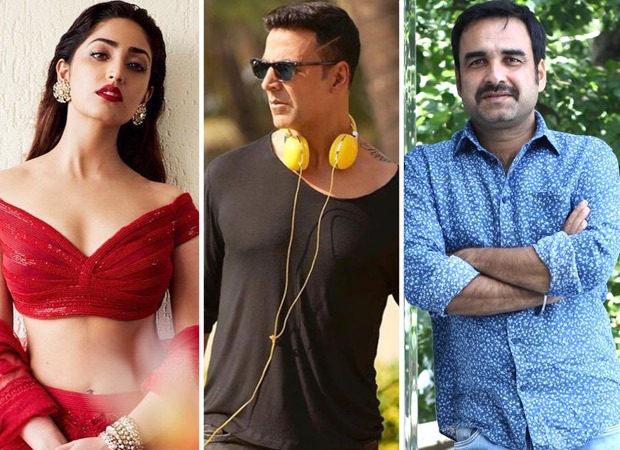 “Yami Gautam will play the female lead in Oh My God 2, and she has a very crucial role in the story. While the last part was all about the fight of a man with God, this time around, the makers have come up with a unique story line that has three key roles to be played by Pankaj Tripathi, Yami Gautam and Akshay Kumar respectively. All details however have been kept under wraps,” a source told Bollywood Hungama. The source also shared that Yami is looking forward to working with Akshay Kumar on a sequel to a film as loved as Oh My God.

While part one was helmed by Umesh Shukla, Oh My God 2 will be directed by Amit Rai, who is known for the critically acclaimed Road to Sangam. Interestingly, Amit has also directed a short film on sanitary napkins, I-Pad, which eventually inspired Akshay Kumar starrer Padman. “Akshay has known Amit since Padman days, and he had promised to work with him back then. He has now silently fulfilled his commitment, and is giving a game changing opportunity to Amit. OMG 2 is a big responsibility, however all the stakeholders are being cautious and responsible to take things to the next level with this film,” the source further told us and added that the script was in the development stage for over one and a half years. OMG 2 goes on floors in the month of September.

“If they wanted to make OMG 2 just because it’s a brand, there would have been 5 OMG’s by now. But the team was clear to take things very seriously and hence have decided on making OMG only when they were all satisfied with the story. It will be released exactly a decade after the first part,” the source shared. In the other news, Yami Gautam was recently in the news for her wedding with URI director, Aditya Dhar. Oh My God 2 would mark her first collaboration with Akshay Kumar.