TXT makes impact with their latest album; ‘The Chaos Chapter: FREEZE’ debuts in top 5 on Billboard 200

K-pop’s 4th generation ‘It’ boys TOMORROW X TOGETHER, comprising Soobin, Yeonjun, Beomgyu, Taehyun, and Huening Kai,  have charted their fourth entry into the Billboard 200 with The Chaos Chapter: FREEZE which makes its debut on the chart at No.5. 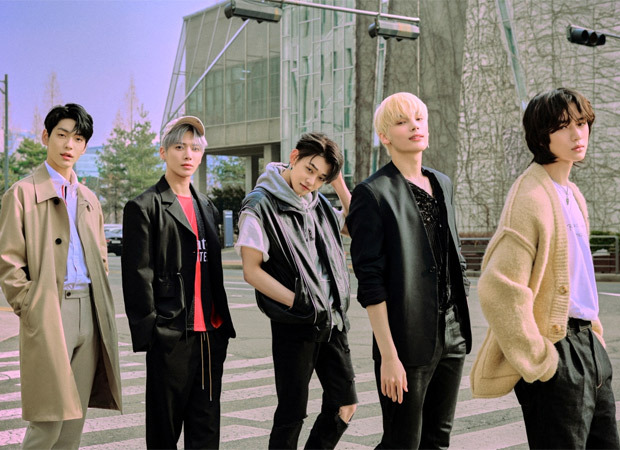 TOMORROW X TOGETHER made their debut in March 2019 under BIGHIT Music and quickly rose to fame with their debut EP, The Dream Chapter: STAR, which made the young group the first K-pop group to chart their debut album on the Billboard 200. The band’s previous all-time high on the chart, No.25, was marked by their October 2020 EP, minisode 1: Blue Hour.

Following the album’s release, ‘Magic‘ became the No. 1 Most Added on Mediabase Top 40 Add Board (June 1). TOMORROW X TOGETHER performed two dates on ABC’s Good Morning America (GMA) on June 10 and June 12, and made their late-night television debut on The Late Late Show with James Corden on June 14.

ALSO READ: TXT is on a mission to save the human race in sci-fi music video for English single ‘Magic’

The post TXT makes impact with their latest album; ‘The Chaos Chapter: FREEZE’ debuts in top 5 on Billboard 200 appeared first on Bollywood Hungama.