Bachchan Pandey starring Akshay Kumar, Kriti Sanon, Arshad Warsi, Riteish Deshmukh has reached its final stage of filming. The crew of the film was shooting for the final sequence in the Thane district of Maharashtra while adhering to all the safety norms and precautions. Now, the unit has reached its last destination of filming that is a multiplex in Andheri, Mumbai. 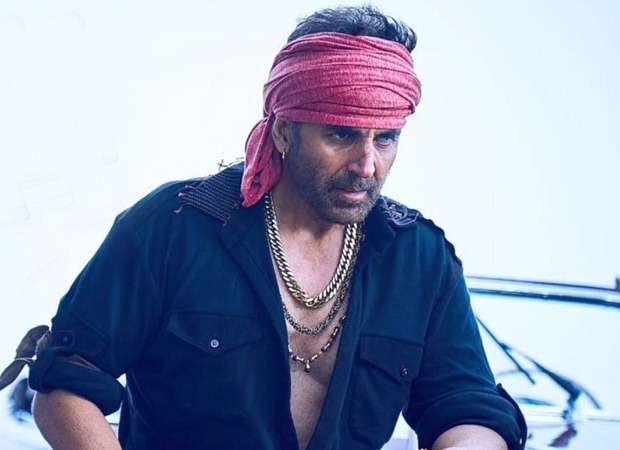 The multiplex sequence will be a wrap to the much-awaited film post which Akshay Kumar will start shooting for Raksha Bandhan. With the current scenario, cinema halls have not been functioning as per government regulations. However, for this particular sequence, the unit has been permitted special allowances but with certain protocols. The area has been cordoned off to enable a smooth shoot.

According to a daily, a unit member of the film has revealed that the final sequence of Bachchan Pandey was a crowd sequence and required around 200 artists for the same. All 200 people were isolated in a bio-bubble and went through a Covid test last week to ensure safety and avoid the spread of the virus. The team underwent another test COVID test on Tuesday and tested negative. Post their reports, the team joined the unit for a three-day schedule.

The team reached the shooting location for an early morning shoot of 5:30 AM and the shoot commenced a few hours later after Kriti and Arshad reached.  While shooting, the team made sure to have adhered to all the safety protocols and norms and stayed between the boundaries of the multiplex.

Reportedly, Arshad Warsi has wrapped up his part, while Akshay will reach the sets on July 22 and complete the sequence in the next 2 days.

Also Read: Final schedule of Bachchan Pandey to kick off from July 17

The post Akshay Kumar and crew to shoot the final sequence of Bachchan Pandey at a multiplex of Andheri appeared first on Bollywood Hungama.