Anthony Mackie, David Harbour, Jahi Di’Allo Winston among others to star in Christopher Landon’s We Have A Ghost set at Netflix

Director and Screenwriter Christopher Landon has been roped in by Netflix to write and direct their in-house production film We have A Ghost. The film will star Anthony Mackie, David Harbour, Jahi Di’Allo Winston, Tig Notaro, Jennifer Coolidge and others in pivotal roles. 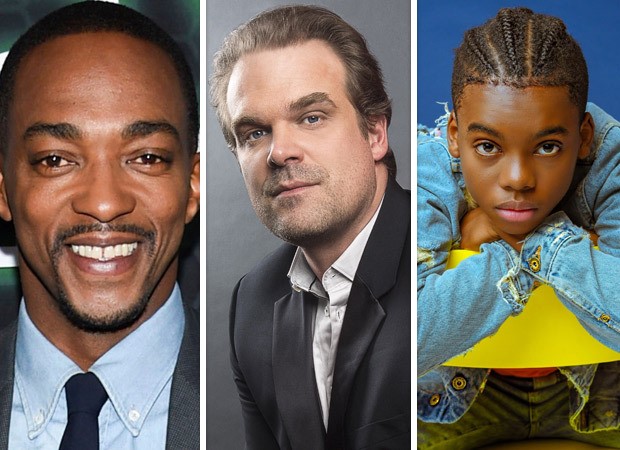 According to Deadline, “The film centres on Kevin, who finds a ghost named Ernest haunting his new home. Kevin subsequently becomes an overnight social media sensation, along with his family. But when he and Ernest go rogue to investigate the mystery of the latter’s past, they become targets of the CIA.”

Christopher Landon is penning the script of the film, based on Geoff Manaugh’s short story, “Ernest.” The film will be produced by Dan Halsted alongside Temple Hill’s Marty Bowen and Isaac Klausner. The executive producers of the project include Christopher Landon himself and apart from him also has John Fischer, Geoff Manaugh, Korey Budd and Nathan Miller on board.

Also Read: John Cena – “Fast & Furious 9 is finally about to be released in theatres and the surreal is about to become very real, very soon”

The post Anthony Mackie, David Harbour, Jahi Di’Allo Winston among others to star in Christopher Landon’s We Have A Ghost set at Netflix appeared first on Bollywood Hungama.