BREAKING: Karan Johar gets Dharmendra, Jaya Bachchan, Shabana Azmi, Ranveer Singh and Alia Bhatt together for his next

Karan Johar films are synonymous with huge ensembles. While he got superstars of 3 generations – Amitabh Bachchan, Shah Rukh Khan, and Hrithik Roshan – together in Kabhi Khushi Kabhie Gham, we hear, his next film will star Dharmendra, Jaya Bachchan, Shabana Azmi, Ranveer Singh, and Alia Bhatt in lead. 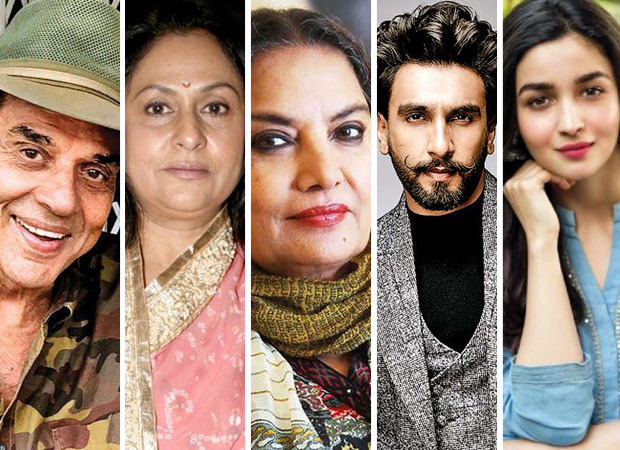 “It’s a love story set against the backdrop of strong family emotions. Karan is planning to go on floors around the month of September with a 5 to 6-month schedule. It’s Karan Johar’s return to his roots of making big scale family drama’s with love story in its backdrop,” a source tells Bollywood Hungama.

The movie title revolves around the name of characters played by Ranveer Singh and Alia Bhatt. Karan will be making an official announcement of the title with Ranveer and Alia tomorrow morning at 11 am, whereas the rest of the ensemble will be revealed in days to follow.

The film marks Karan Johar’s return to direction, 5 years after Ranbir Kapoor, Anushka Sharma’s Ae Dil Hai Mushkil. Earlier, he was planning Takht, which has been shelved. The film in question marks first-time collaboration of Karan with Dharmendra, who will be romantically paired alongside Jaya Bachchan and Shabana Azmi.

ALSO READ: Karan Johar returns to direct his next with Ranveer Singh and Alia Bhatt; official announcement on July 6

The post BREAKING: Karan Johar gets Dharmendra, Jaya Bachchan, Shabana Azmi, Ranveer Singh and Alia Bhatt together for his next appeared first on Bollywood Hungama.