Dinesh Vijan, producer of such entertainers like Stree, Luka Chuppi, Bala, and Hindi Medium, is delighted to announce the acquisition of the rights of author Anuja Chauhan’s latest bestselling novel, “Club You to Death” which introduces ACP Bhavani Singh into the pantheon of compelling quirky and unforgettable detectives in popular culture. 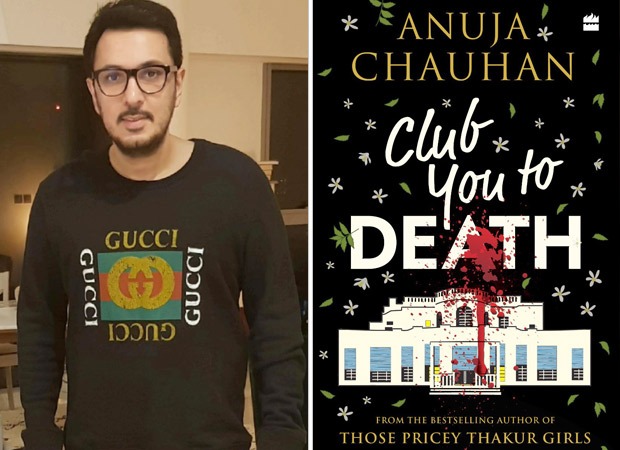 When a hunky personal trainer is found asphyxiated to death at the posh Delhi Turf Club, on the eve of the club elections, it is first thought to be a freak accident. But soon, it becomes clear that one of the members of the DTC – all pickled-in-privilege Dilliwallahs – is a cold-blooded killer. As the capital bristles with speculation and conspiracy theories, Crime Branch veteran ACP Bhavani Singh is appointed to investigate the case. Together with his able deputies – ex-lovers Akash ‘Kashi’ Dogra, and wealthy girl-about-town, Bambi Todi – ACP Bhavani sets out to solve a crime that seems simple enough at the surface but turns out to have roots as deep and spreading as those of New Delhi’s famous Neem trees.

Inspired by classic Agatha Christie who-dunnit novels, crammed with the twists and turns of the genre, Anuja Chauhan had this to say when asked about her latest work, “The lockdown made me want to murder people. Hopefully, I’ve done it well.”

Clearly, she has, because Dinesh Vijan describes it as an ‘entertaining, funny and deliciously twisted story, which also offers a great opportunity for me to set it in modern-day India and turn the lens on ourselves and our society a little bit. What really attracted me to this, however, was that even while dealing with a real-world murder, Anuja has managed to have her trademark humour and romance at its heart’.

The strength of Anuja’s writing has always been her unusual and swooning love stories at the center of all her other bestselling books like Zoya Factor, Battle for Bittora, and Baaz. and it’s no surprise that Kashi and Bambi, the on-off lovers and spunky adventurers are the beating heart of this murder mystery along with Detective Bhavani Singh.
Unlike most other whodunnits, she manages to walk this tightrope so well that you will be rooting as hard for Bhavani Singh to catch the murderer as much as you will for Bambi and Kashi to end up together. If possible, both.

Anuja further adds, “Am so happy to share that after a pretty hectic swayamvar involving various leading studios, audio-visual rights to my sixth novel Club You To Death have been obtained by Maddock films. I have been a huge fan of their work for a long time now and feel their sensibilities fit CYTD perfectly.”

Vijan’s idea is to turn this into an entertaining old fashioned big star-cast murder mystery franchise, much like the Knives Out series created by Rian Johnson recently.

Sources close to the production house say writing is in full swing and the cast will be announced soon. Infact, a young B-town star has been roped in to play Bambi.

ALSO READ: “I had heard Dinesh Vijan was looking at casting for Roohi and I asked him to consider me” – Janhvi Kapoor