Actor Gehana Vasisth was arrested earlier this year in connection with a pornography case. While she was let go on bail, her name has once again popped up after the arrest of businessman and husband of actor Shilpa Shetty, Raj Kundra, on July 19 in a pornography case. Now, Gehana has revealed that Raj was planning to cast his sister-in-law Shamita Shetty in a movie and the actress had even agreed to the venture. 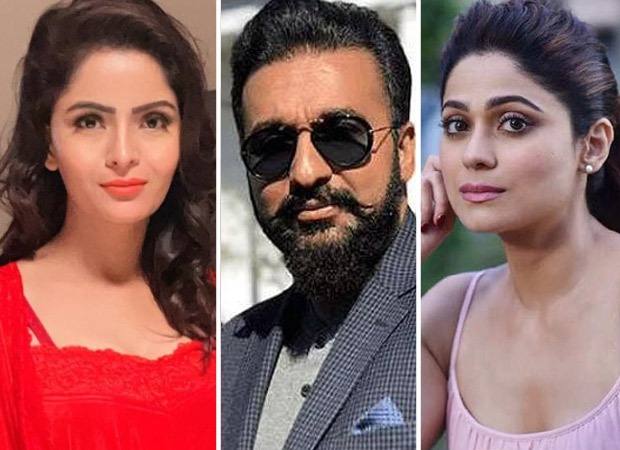 Talking to a Hindi daily, Gehana said that a few days before her arrest she had visited Raj Kundra’s office where she got to know that he is planning on launching an app by the name Bollyfame. The plan was to showcase reality shows, chat shows, music videos, and non-bold films on the app. She said that they had discussed a few scripts and thought about casting Shamita Shetty in one and Sai Tamhankar and few other actors. Gehana further claimed that she was supposed to direct these movies and Shamita had also agreed to the same with Raj Kundra’s PA Umesh Kamat who is also an accused in the case.

Raj Kundra was arrested by the Mumbai Police on July 19 following an elaborate investigation in the case. He was named the key conspirator in the case, and the police said that they have sufficient evidence against him. The case involved the creation and publishing of pornographic content on an app called Hotshot in collaboration with a UK-based firm called Kenrin. Pradeep Bakshi, who is the owner of Kenrin, is also a relative of Kundra and his business partner. Raj Kundra reportedly supplied the content and controlled the UK firm from his Viaan Industries office.

ALSO READ: A bungalow raid and a rescue in February was the beginning of the investigation that led to Raj Kundra’s arrest in pornography case

The post Gehana Vasisth claims Raj Kundra had plans to launch a new app and cast Shamita Shetty in a movie appeared first on Bollywood Hungama.