Rahul Vaidya and Disha Parmar to tie the knot on July 16, read announcement

Bigg Boss 14 runner-up and popular singer Rahul Vaidya is all set to marry his lady love and actress Disha Parmar. The couple has been together for a while now and their relationship was made public when Vaidya was in Bigg Boss house. 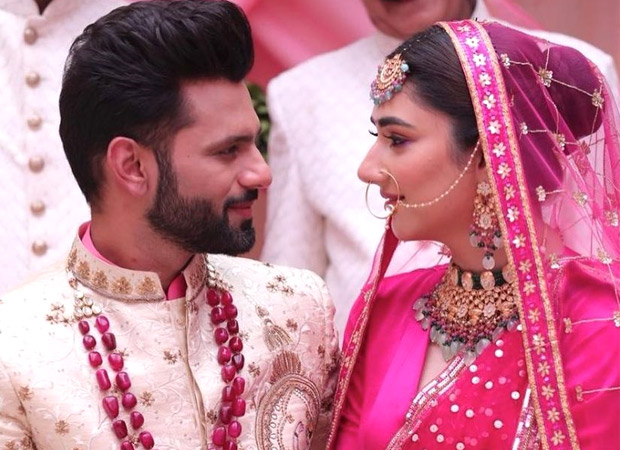 The singer announced the news on July 6 with an Instagram post that reads, “With the blessings of our families, we are delighted to share this special moment with you all. We are elated to announce that our wedding is set to take place on 16th of July, 2021. We seek your love and blessings as we begin this new chapter of love and togetherness.” Sharing the post, Rahul captioned it as “#TheDisHulWedding.”


Rahul, while speaking to a tabloid, said that their wedding will be an intimate affair and the couple wants only their loved ones to attend the precocious ceremony and bless them. He also shared that the marriage will be held according to the Vedic rituals as well as Gurbani Shabad will also take place at the ceremony.

Disha Parmar feels that an ideal marriage is a union of two people and their families and should be attended by the only dear ones. The actress further revealed that she wishes for a simple ceremony and the two are going ahead with the same. The couple is currently busy with all the arrangements for their big day.

Rahul Vaidya and Disha Parmar met each other for the first time in 2018 during a music video shoot and became very good friends. It was then in November 2020 when Rahul realised his love for the actress inside Bigg Boss 14 house. He proposed to Disha on national television and she came inside the house on Valentine’s Day to accept his love.

Also Read: EXCLUSIVE: “It’s like Tom and Jerry” – Nikki Tamboli on her bond with Rahul Vaidya

The post Rahul Vaidya and Disha Parmar to tie the knot on July 16, read announcement appeared first on Bollywood Hungama.