Amazon Prime Video’s original film, The Tomorrow War is making all the right noise. The film is science-fiction action drama that features Chris Pratt, J.K. Simmons, Yvonne Strahovski, Keith Powers, Sam Richardson, Betty Gilpin and Edwin Hodge. Now, there are talks to bring the great gang back together both in front of and behind the cameras with director Chris McKay and screenwriter Zach Dean with stars Pratt, Strahovski, Yvonne, Betty Gilpin, Sam Richardson, Edwin Hodge and Academy winner J.K Simmons. 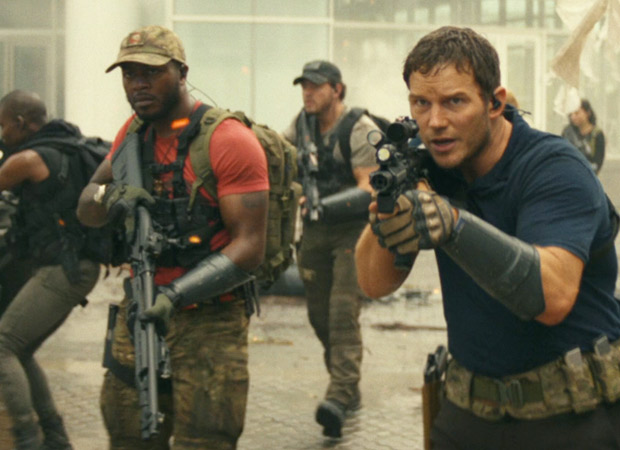 According to Deadline, SkyDance and Amazon Studios are planning to join hands for the development of a sequel to the Chris Pratt sci-fi movie. More news is awaited.

The rights were bought by Amazon for The Tomorrow War for $200 million from production company Skydance media.

Also Read: Varun Dhawan teaches ‘Tan Tana Tan’ dance to Chris Pratt as the duo interact ahead of the premiere of The Tomorrow War

The post The Tomorrow War makers in talks for the sequel with Chris Pratt and Chris McKay appeared first on Bollywood Hungama.