With the 13th Season on the anvil, Kaun Banega Crorepati, a show that commands unparalleled success and popularity, is all set to regale the audience starting 23rd August, every weekday at 9:00 pm on Sony Entertainment Television. With a thunderous response received during the digital auditions, the contestants are just one step away from the Hot Seat! Produced by StudioNEXT, and hosted by the superstar, Mr. Amitabh Bachchan, this season of Kaun Banega Crorepati makes way for an array of stellar surprises for its viewers. 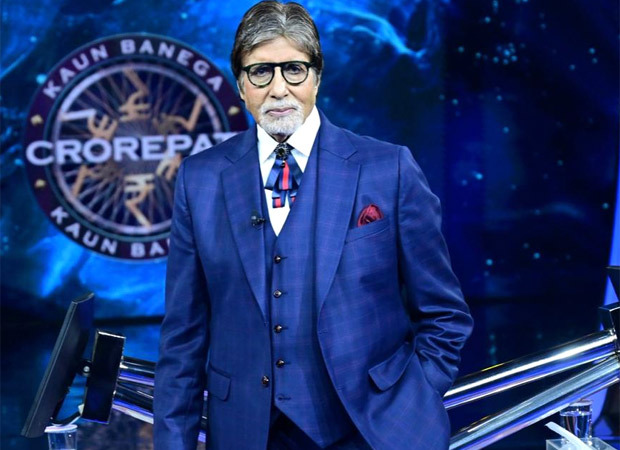 So, deviyon aur sajjano, what’s different this season? For starters, the entire look and feel of the set, from the floor LED to the use of AR (Augmented Reality); a refreshed motorized virtual ceiling and gameplay graphics has been re-engineered. The game timer, which has everyone at the edge of their seats, has been aptly re-christened as ‘Dhuk-Dhuki ji’ because let’s face it… she does make our heart’s race!

Fastest Finger First, with which the show commences, has been modified to Fastest Finger First – Triple Test. While it may seem challenging, it does hold a gamut of opportunities for the contestants. Instead of one question, the answer to which had to be chronologically aligned, contestants will now have to answer three (3) GK questions. A leaderboard will showcase the time taken by each contestant to answer the respective questions and the one to answer all three (3) questions correctly in the shortest amount of time will head straight to the Hot Seat!

When it comes to lifelines, yes, the Audience Poll is making a comeback this season! With the studio audience being reinstated, the entire vibe of the show has been raised a few notches higher. The other three lifelines include 50:50 (wherein 2 incorrect answers will get deleted from the four options); Ask The Expert (wherein the contestant can seek help from one distinguished professional) and Flip The Question (wherein the contestant will get an opportunity to change the question altogether and choose a topic for the replacement question).

When it comes to Fridays, Kaun Banega Crorepati will be seen celebrating Shaandaar Shukravaar with celebrity guests, from all walks of life, playing the game for a social cause. With KBC Play Along on Sony LIV, viewers can enjoy the thrill of the game show by participating and matching their power of knowledge with the contestants on the hot seat simultaneously, starting 23rd August. The 13th Season of Kaun Banega Crorepati is Co-presented by BYJU’S and Co-Powered by Hyundai Motor India Limited, Asian Paints Royale Glitz, Ultratech Cement, and Zydus Wellness Ltd – Complan. The Associate Sponsors are CERA, PharmEasy, IDFC FIRST BANK, LIC of India, and Bharat Matrimony. Reserve Bank Of India is the Special Partner on the show. Kaun Banega Crorepati has always been the perfect fabric to weave in every Indian’s dream and aspiration. And with every season the show has celebrated human virtues of courage, self-belief, patience, confidence, and intelligence. This 13th Season of Kaun Banega Crorepati aptly states, sawaal jo bhi ho, #JawaabAapHiHo.