Bold actress of Bhojpuri Industry, Priyanka Pandit, is in news for the last few days after an MMS of the actress recently went viral on social media. 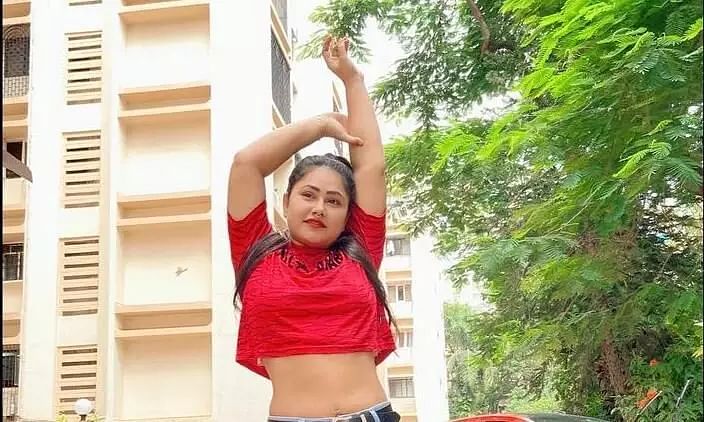 The bold actress of Bhojpuri Industry, Priyanka Pandit, is in news for the last few days after an MMS of the actress recently went viral on social media. The actress spoke to the media, on Thursday, about the incident breaking her silence on the matter.

Priyanka’s old MMS came out on the internet after another Bhojpuri star Trisha Kar Madhu’s private video went viral. Users were sharing both the videos. Priyanka even closed her comment box on Instagram after this.

Now, while talking to the media Priyanka said that she is not the one in the viral video and it is some other girl. She also alleged that some people are trying to tarnish her image. Hence, the video has been leaked with the intention of spoiling her career and they have also made the video viral. The actress remained active on social media in the same way as she was earlier after the controversy started.

The actress has been trying to show with full self confidence that she is not affected by any of this. She has frequently been posting pictures and videos of herself on Instagram.

Amid the MMS controversy, the actress recently shared a video clip with the caption ‘Akhiya ke Kajal’. Before this she even shared a picture and gave a message to her followers through the caption. She wrote in the caption ‘It is best to be silent when one is dealing with idiots’.