Superstar Ajay Devgn has always been one of the biggest crowd pullers of Bollywood. But after the blockbuster success of Tanhaji: The Unsung Warrior (2020), his popularity has gone on another level and all his upcoming films are being keenly awaited. One of his many upcoming films that have generated tremendous hype is Maidaan. Directed by Badhaai Ho (2018) director Amit Sharma, it tells the story of the golden era of Indian football in the 50s when the national team won Gold at the Asian Games in 1951 and 1962, and also reached the semi-finals of the 1956 Melbourne Olympics. Ajay plays the role of coach, Syed Abdul Rahim, in this film, which is mounted on a huge scale. 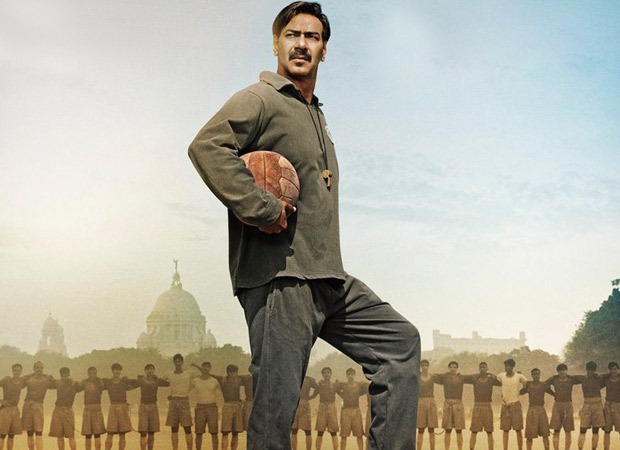 The film has not been in the news for some time but Bollywood Hungama has now found out that its shoot will resume this week in Mumbai. A source told us, “It’s a brief 3-day schedule. The shoot will kick off on August 20 and go on till August 22. After this shoot, the makers intend to complete the remaining portions after the monsoon. Then, the shoot will finally wrap up.” The source continued, “It goes without saying that all Covid-safety protocols will be followed during the shoot. The prep for this brief schedule is in full swing.”

Interestingly, August 19 will mark two years since the day Maidaan went on floors. The sports film faced a lot of delays and obstacles, mainly due to the Covid-19 pandemic. What has been heart-breaking for producer Boney Kapoor is that the team had to build a huge makeshift stadium at Madh Island three times. The first time it was dismantled was in May 2020 owing to the first lockdown. The set was then rebuilt in November 2020. The shoot resumed in February 2021 and four important football matches were shot here. Then the shoot got halted again due to the second lockdown in April 2021.

In May 2021, due to Cyclone Tauktae, a major part of the set got destroyed. Boney Kapoor had then revealed about the extent of the loss, “Last year, when we dismantled, materials could be reused. But after destruction in a cyclone, hardly anything is salvageable. I had eight makeup rooms, 26 bathrooms, different sets, but most of it is gone.” He also added, “What I am going through is horrible. I don’t want to be reminded of it. If I think about the pressure or feelings of loss, I will start crying. If I think about the budget overshooting and expenses piling up, I might go into depression.”

Earlier in the year, Maidaan was also in the news as its theatrical release was going to clash with S S Rajamouli’s RRR. Both the films were scheduled to release on October 15 and both star Ajay Devgn, though Ajay has a brief role in RRR. A trade source said, “Since the shoot of Maidaan is still pending and also owing to the Covid-19 situation, it is unlikely that it will be released on October 15.” However, RRR’s makers intend to bring their grand, period drama on the said date.

The post Brief schedule of Ajay Devgn’s Maidaan to kick off from August 20 appeared first on Bollywood Hungama.