Following their reign on Billboard Hot 100 chart weeks after week with their second English single ‘Butter’, South Korean group BTS will drop a remix version of the song with rapper Megan Thee Stallion as the featuring artist. The announcement was made on August 25, 2021. 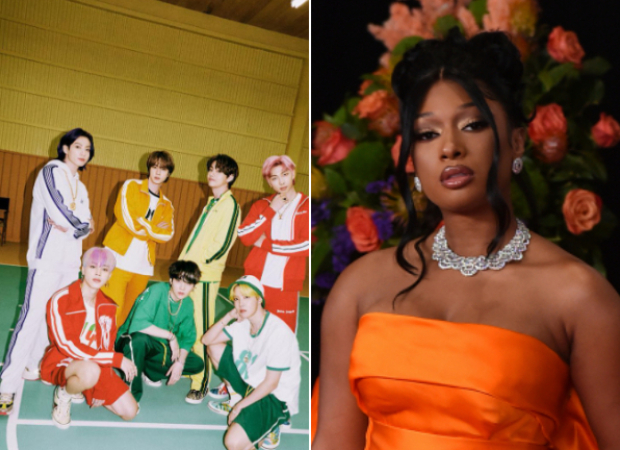 In a statement released on social networking site Weverse by BTS’ label BIGHIT Music, it read, “‘Butter’ by BTS has had the singular honor of reaching no. 1 on the Billboard Hot 100 nine times, the most by any song to date in 2021.  To celebrate this historic BTS milestone that was made possible by our fans, we would like to announce the release of a new ‘Butter’ remix version.”

“‘Butter’ (feat. Megan Thee Stallion) features the inimitable rap, signature sounds and ad-libbing of three-time Grammy Award-winner Megan Thee Stallion with the exceptional personality of BTS showcased in the original song to create an even richer experience for all listeners,” it further read.

Interestingly, before the official announcement was made, Megan Thee Stallion headed to court as her record label was preventing her from releasing the remix. According to Variety, “Stallion — referred to in the documents as her birth name Megan Pete — is seeking ’emergency relief from the Court before this Friday, August 27, 2021, to allow her new music to be released this week as previously-scheduled’.”

“If Pete is not allowed to release a new track this Friday on which she is the featured artist in a remix with BTS of the song called, ‘Butter,’ her music career will suffer irreparable damage, including a devastating impact to her relationships with her fans and with other recording artists in the music industry,” the document stated, according to a report in Variety. “Such irreparable injury to her personal goodwill and the silencing of her artistic expression in music cannot be compensated in the way of monetary damages. As such, Pete seeks emergency relief from this Court.”

Later in the day, it was revealed that a judge has ruled in favour of Megan Thee Stallion and she is clear to release the remix of BTS’ ‘Butter’ on which she is featured.

BTS is undoubtedly the biggest music group in the world with whom the majority of artists want to work with. They have multiple records under their belt, chart-topping singles on the Hot 100 chart with albums topping on Billboard 200. Megan Thee Stallion is one of the finest rappers in the industry who has become a huge sensation through her songs including ‘Body Ody’, ‘Savage’, and multiple huge collaborations.